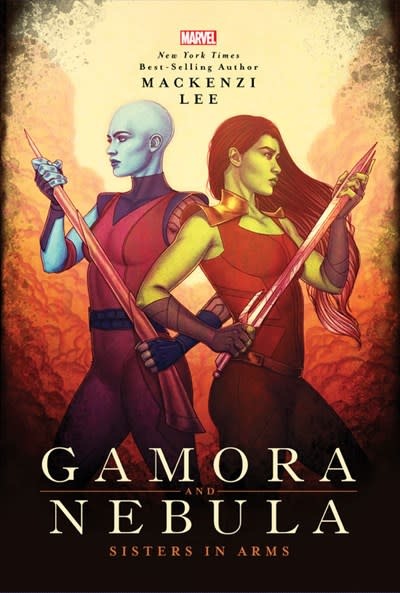 This three-book series explores the untapped potential and duality of heroism of popular characters in the Marvel Universe. The first book in these series, Loki: wehre Mischief Lies, was an instant New York Times best seller and received two starred reviews.

Gamora arrives on Torndune—a once-lush planet that has been strip-mined for the power source beneath its surface—with a mission: collect the heart of the planet.

She doesn't know who sent her, why they want it, or even what the heart of a planet looks like. But as the right hand and daughter of Thanos, and one of the galaxy's most legendary warriors, her job is not to ask questions. Her job is to do what she's told, no matter the cost.

What she doesn't know is that her sister Nebula is in hot pursuit. Nebula has followed Gamora to Torndune in hopes of claiming the planet's heart first and shaming her sister as vengeance for the part she played in Nebula losing her arm. While Gamora falls in with a group of miners attempting to overthrow the tyrannical mining corporation that controls their lives, Nebula allies herself with the Universal Church of Truth, whose missionaries wait on every street corner to recruit more followers and tithes for the Matriarch. Both sisters hope their alliance will give them access to one of the massive diggers capable of drilling to the center of the planet.

And trust is the biggest lie in the galaxy.

Author Bio: Mackenzi Lee holds a BA in history and an MFA in writing for children and young adults from Simmons College. She is the New York Times best-selling author of the historical fantasy novels Loki: Where Mischief Lies; The Gentleman's Guide to Vice and Virtue, which won a 2018 Stonewall Honor Award and the New England Book Award; and its sequel, The Lady's Guide to Petticoats and Piracy. She is also the author of the nonfiction book Bygone Badass Broads, a collection of short biographies of forgotten women from history. In 2020, she was named one of Forbes's 30 Under 30 for her work in bringing minority narratives to historical fiction. When not writing, she works as an independent bookseller, drinks too much Diet Coke, and naps with her Saint Bernard, Queenie.