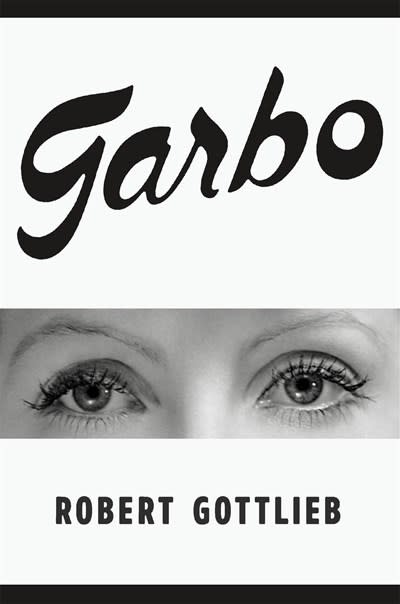 From a master critic, a singular and multifaceted look at the life of Greta Garbo and the culture that worshipped her

“Wherever you look in the period between 1925 and 1941,” Robert Gottlieb writes in Garbo, “Greta Garbo is in people’s minds, hearts, and dreams.” Strikingly glamorous and famously inscrutable, she managed, in sixteen short years, to infiltrate America’s subconscious; her decision to suddenly end her film career at the age of thirty-six made her even more irresistible. Garbo appeared in only twenty-four movies, yet her impact on the world—and that indescribable, transcendent presence she possessed—was rivaled only by Marilyn Monroe's. She was a phenomenon, a Sphinx, a myth, but also a Swedish peasant girl, uneducated, naïve, and always on her guard.

In Garbo, the acclaimed critic and editor Robert Gottlieb attempts to capture the ever-elusive essence of Garbo through the eyes of others. In addition to a vivid and thorough retelling of her life, Gottlieb combs through glimpses of Garbo in literature, music, private letters, and, of course, films in order to better understand her. Discovering her within For Whom the Bell Tolls and in the letters of Marianne Moore, and following her from her early movies with MGM to her career-defining role in Camille to her world-stopping decision to leave the limelight, Gottlieb crafts a biography of unprecedented intimacy and scope in the hopes of capturing the woman that only the camera knew.

Robert Gottlieb has been the editor in chief of Simon and Schuster; the president, publisher, and editor in chief of Alfred A. Knopf; and the editor of The New Yorker. As a writer, he contributes frequently to The New York Times Book Review and The New York Review of Books and is the author of Great Expectations: The Sons and Daughters of Charles Dickens; George Balanchine: The Ballet Maker' Sarah: The Life of Sarah Bernhardt' Avid Reader: A Life; and Near Death Experiences . . . and Others. In 2015, he was presented the Award for Distinguished Service to the Arts by the American Academy of Arts and Letters.