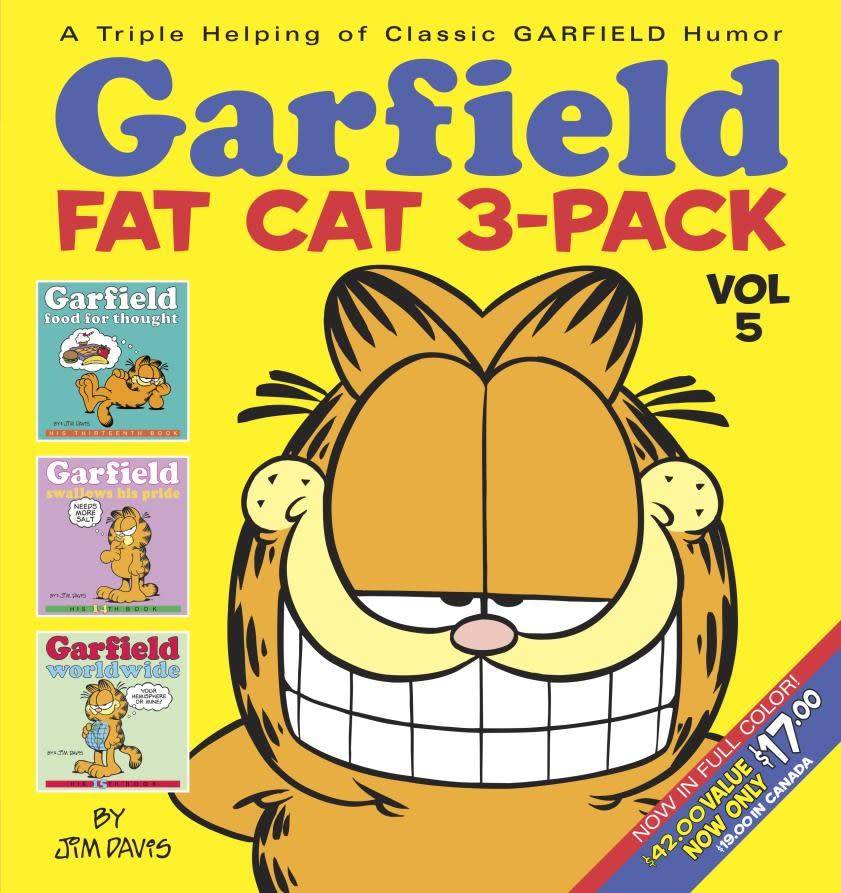 America’s favorite cat is back with this new edition of three-in-one comic strips (contains: Garfield Food for Thought [#13], Garfield Swallows His Pride [#14], and Garfield Worldwide [#15]) together for the first time in color and super sized!

This fun-filled collection includes three books in one: Garfield Food for Thought, Garfield Swallows His Pride, and Garfield Worldwide.

When the owner’s away, the cat will play—especially if that cat is Garfield, the portly practitioner of mischief and mayhem. But then again, Garfield gets just as much—or more—satisfaction doing his damage when Jon is around.


Mauling a mailman, pummeling a pizza, dissing a dog, giving Jon a “gentle reminder” that it’s mealtime…it’s all good. Because Garfield is good at being bad!


The GARFIELD FAT CAT 3-PACK series collects the GARFIELD comic-strip compilation books in a new, full-color format. Garfield may have gone through a few changes, but one thing has stayed the same: his enormous appetite for food and fun. So enjoy some supersized laughs with the insatiable cat, because too much fun is never enough!