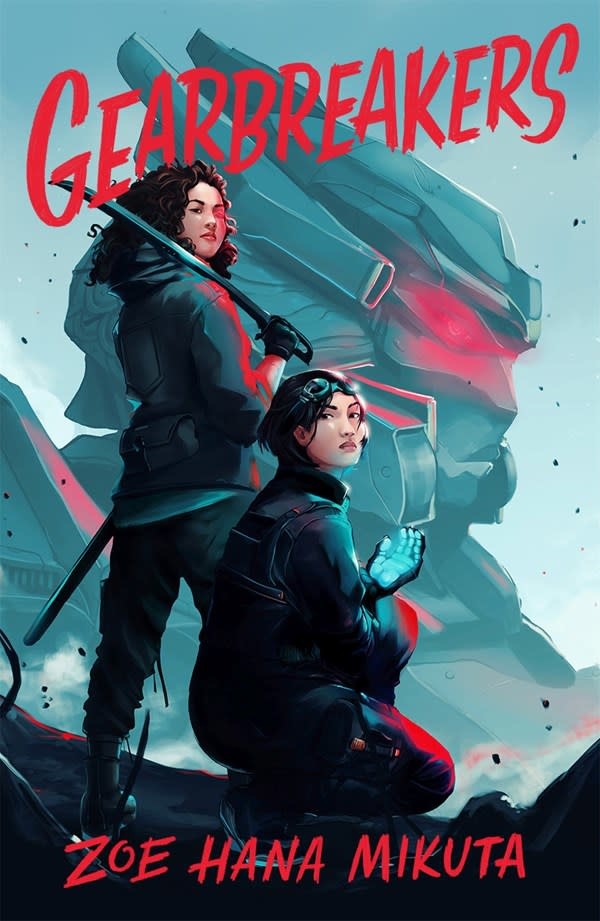 An electric YA debut novel about colossal mechas, a tyrannical regime, and two girls on opposite sides of a war who discover they're fighting for a common purpose—and falling for each other.

The shadow of Godolia's tyrannical rule is spreading, aided by their giant mechanized weapons known as Windups. War and oppression is an everyday constant for the people of the Badlands.

Eris Shindanai is a Gearbreaker, a brash young rebel who specializes in taking down Windups from the inside. When one of her missions goes awry and she finds herself in a Godolian prison, Eris meets Sona Steelcrest, a cybernetically enhanced Windup pilot. At first Eris sees Sona as her mortal enemy, but Sona has a secret: She has intentionally infiltrated the Windup program to destroy Godolia from within.

As the clock ticks down to their deadliest mission yet, Eris and Sona grow closer—as comrades, friends, and perhaps something more . . .

Zoe Hana Mikuta currently attends the University of Washington in Seattle, studying English with a creative writing focus. She grew up in Boulder, Colorado, where she developed a deep love of Muay Thai kickboxing and nurtured a slow and steady infatuation for fictional worlds. When she is not writing, Zoe can be found embroidering runes onto her jean pockets, studying tarot or herbology, or curled up with a cup of caramel coffee and a good, bloody but heartwarming book. Gearbreakers is her debut novel. zoehanamikuta.com