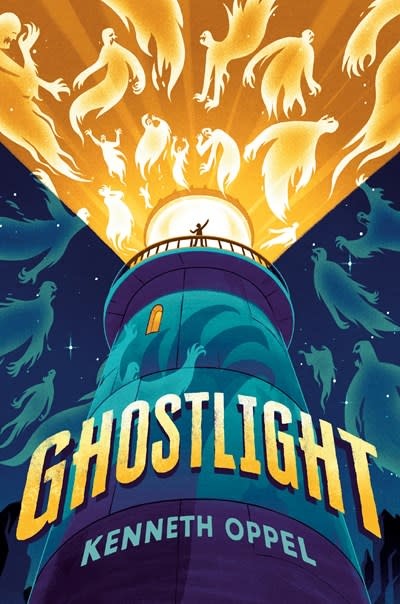 One teen's summer job scaring tourists with ghost stories takes a terrifying turn when he accidentally summons the spirit of a dead girl—and she has demands. . . .

The award-winning author of Airborn delivers a roller-coaster ride of a story about the wakeful and wicked dead.

Rebecca Strand was just sixteen when she and her father fell to their deaths from the top of the Gibraltar Point Lighthouse in 1839. Just how they fell—or were they pushed?—remains a mystery. And their ghosts haunt the lighthouse to this day. . . .

Gabe tells this story every day when he gives the ghost tour on Toronto Island. He tries to make it scary enough to satisfy the tourists, but he doesn’t actually believe in ghosts—until he finds himself face to face with Rebecca Strand.

The true story of her death is far more terrifying than any ghost tale Gabe has told. Rebecca reveals that her father was a member of the Order, a secret society devoted to protecting the world from “the wakeful and wicked dead”—malevolent spirits like Viker, the ghost responsible for their deaths. But the Order has disappeared, and Viker’s ghost is growing ever stronger.

Now Gabe and his friends must find a way to stop Viker before they all become lost souls. . . .

KENNETH OPPEL is one of the most highly regarded authors of middle-grade fiction writing today. Some of his best-known titles are Inkling, The Nest, Airborn, a 2005 Printz Honor Book, and Silverwing.