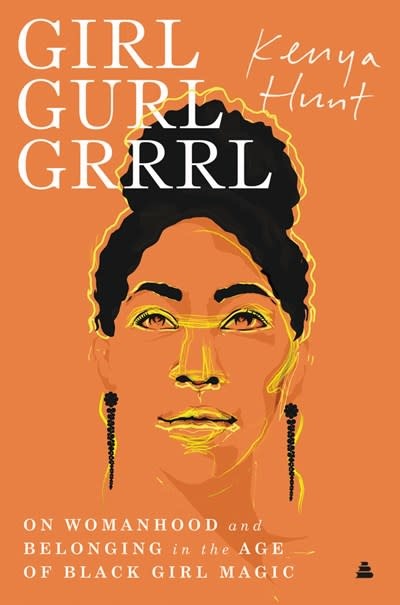 Girl Gurl Grrrl: On Womanhood & Belonging in the Age of Black Girl Magic

In the vein of Roxane Gay’s Bad Feminist and Issa Rae’s The Misadventures of Awkward Black Girl, but wholly its own, a provocative, humorous, and, at times, heartbreaking collection of essays on what it means to be black, a woman, a mother, and a global citizen in today's ever-changing world.

Black women have never been more visible or more publicly celebrated. But for every new milestone, every magazine cover, every box office record smashed, every new face elected to public office, the reality of everyday life for black women remains a complex, conflicted, contradiction-laden experience. An American journalist who has been living and working in London for a decade, Kenya Hunt has made a career of distilling moments, movements, and cultural moods into words. Her work takes the difficult and the indefinable and makes it accessible; it is razor sharp cultural observation threaded through evocative and relatable stories.

Girl Gurl Grrrl both illuminates our current cultural moment and transcends it. Hunt captures the zeitgeist while also creating a timeless celebration of womanhood, of blackness, and the possibilities they both contain. She blends the popular and the personal, the frivolous and the momentous in a collection that truly reflects what it is to be living and thriving as a black woman today.

Kenya Hunt is an award-winning writer and editor based in London. She is the fashion director of Grazia UK. Her career spans digital and print, from her beginnings as an Assistant Editor at Jane magazine to global style director of Metro International newspapers, and later editor-in-chief of the Metro-funded ModMods.com and Deputy Editor of Elle UK. A former contributor to Vogue.it, her work has appeared in The Guardian, American Vogue, InStyle, Marie Claire, the Evening Standard, and other publications. She also appears on BBC Woman’s Hour and has been a guest on BBC Breakfast, Sky News, Lifetime Television, and more.