Home » Girl in the Walls 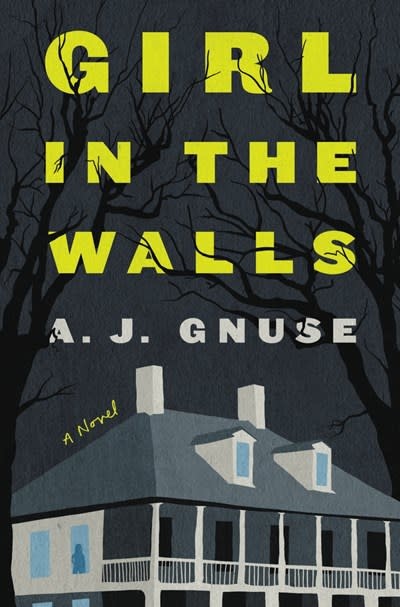 Girl in the Walls

Eventually, every hidden thing is found.Elise knows every inch of the house. She knows which boards will creak. She knows where the gaps are in the walls. She knows which parts can take her in, hide her away. It’s home, after all. The home her parents made for her, before they were taken from her in a car crash. And home is where you stay, no matter what.Eddie is a teenager trying to forget about the girl he sometimes sees out of the corner of his eye. But when his hotheaded older brother senses her too, they are faced with the question of how to get rid of someone they aren’t sure even exists. And as they try to cast her out, they unwittingly bring an unexpected and far more real threat to their doorstep.Written with grace and enormous heart, Girl in the Walls is a novel about carrying on through grief, forging unconventional friendships, and realizing, little by little, that we don’t need to fear what we do not understand.

A native of New Orleans, A. J. Gnuse received an MFA in fiction from UNC Wilmington and was a 2018 Kenyon Review Peter Taylor Fellow. His short stories have been published or are forthcoming in Gulf Coast, Guernica, the Los Angeles Review, Passages North, Potomac Review, and other magazines. Girl in the Walls is his first novel. He lives in Texas.