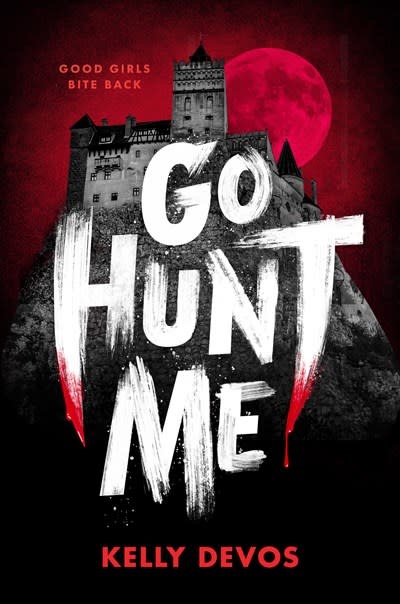 For Dracula lovers and fans of Diana Urban’s All Your Twisted Secrets,this spine-tingling thriller follows seven horror buffs as their dream trip to a remote Romanian castle turns into a nightmare when they begin to be killed one by one.

Alex Rush is ready for the trip of a lifetime.

She and her friends have made some creepily awesome films together throughout high school, so with only a few months left before they go their separate ways for college, they’re determined to make the best one yet: an epic short film that reimagines the story of Dracula, filmed on location at a remote castle in Romania.

But when they get there, it’s not quite the majestic setting they planned for. Menacing weapons line the walls, the twisted halls are easy to get lost in, and with no connection to the outside world, the group is unexpectedly off the grid. After just a few hours spent under its roof, Alex and her friends have no trouble imagining how this dark, terrifying castle inspired one of the most enduring horror novels of all time.

Only soon they no longer have to use their imaginations to understand the location’s terrifying history—just as they get the film’s first shot rolling, one of Alex’s friends disappears, and she’s nearly certain she saw a cloaked stranger lurking in the shadows. As more members of the group begin to meet an untimely demise, Alex is desperate to stop the bloodshed, even if it means facing a monster she never thought would be let loose.

Kelly deVos is from Gilbert, Arizona, where she lives with her high school sweetheart, amazing teen daughter, and superhero dog, Cocoa. She holds a BA in creative writing from Arizona State University. When not reading or writing, Kelly can typically be found with a mocha in hand, bingeing the latest TV shows and adding to her ever-growing sticker collection. She is the author of  FatGirl on a Plane, Day Zero, Day One and Eat Your Heart Out. Visit Kelly online at kellydevos.com.