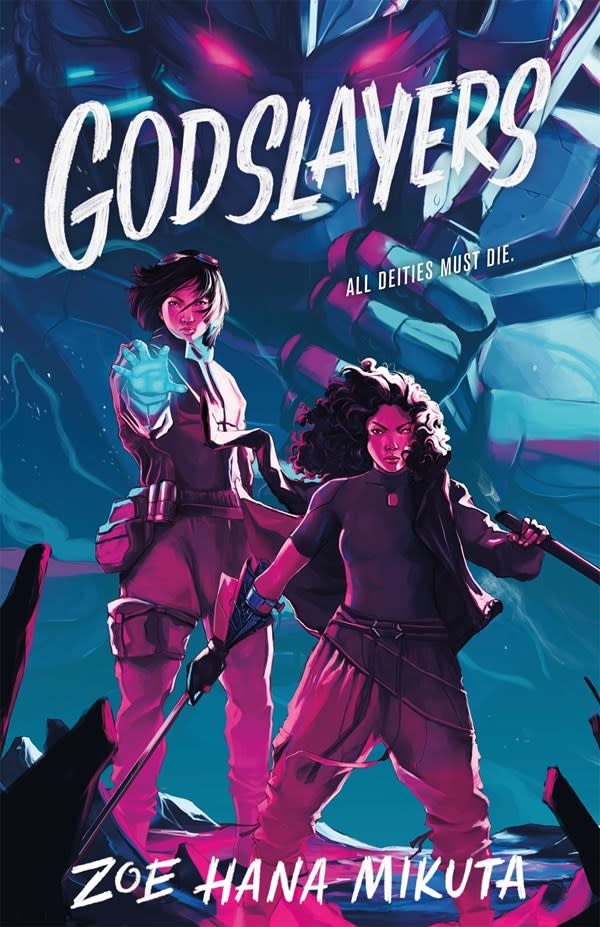 Eris and Sona are pitted against each other in the ongoing war between Godolia and the Badlands in this electrifying YA sequel to Gearbreakers.

The Gearbreakers struck a devastating blow against Godolia on Heavensday, but the cost of victory has been steep. The few rebels who've managed to escape the empire's retribution have fled, hunted by Godolia's only surviving Zenith.

Eris has been held prisoner since the attack on the capital city that almost killed her. And she begins to wish it had when she discovers Sona—the girl she would tear down cities for—also survived, only to be corrupted by the Zenith. The cybernetic brainwashing that Sona has undergone now has her believing herself a loyal soldier for Godolia, and Eris' mortal enemy.

With the rebellion shattered, the Gearbreakers' last hope for victory will depend on whether Eris and Sona can find their way back to each other from opposite sides of a war . . .

Zoe Hana Mikuta currently attends the University of Washington in Seattle, studying English with a creative writing focus. She grew up in Boulder, Colorado, where she developed a deep love of Muay Thai kickboxing and nurtured a slow and steady infatuation for fictional worlds. When she is not writing, Zoe can be found embroidering runes onto her jean pockets, studying tarot or herbology, or curled up with a cup of caramel coffee and a good, bloody but heartwarming book. She is the author of the Gearbreakers duology. zoehanamikuta.com