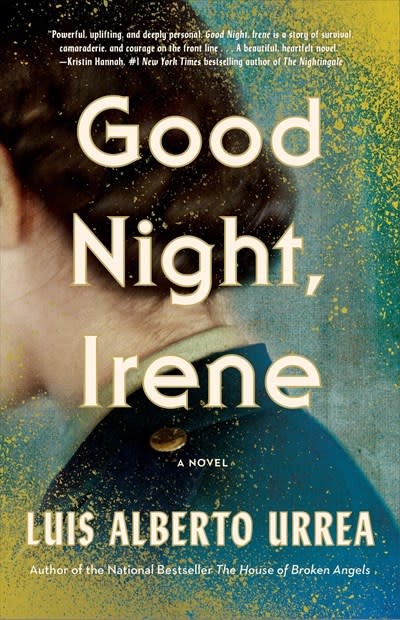 What if a friendship forged on the front lines of war defines a life forever? In the tradition of The Nightingale and Transcription, a searing epic based on the magnificent and true story of heroic Red Cross women.

“Urrea’s touch is sure, his exuberance carries you through . . . He is a generous writer, not just in his approach to his craft but in the broader sense of what he feels necessary to capture about life itself.” —Financial Times

In 1943, Irene Woodward abandons an abusive fiancé in New York to enlist with the Red Cross and head to Europe. She makes fast friends in training with Dorothy Dunford, a towering Midwesterner with a ferocious wit. Together they are part of an elite group of women, nicknamed Donut Dollies, who command military vehicles called Clubmobiles at the front line, providing camaraderie and a taste of home that may be the only solace before troops head into battle.

After D-Day, these two intrepid friends join the Allied soldiers streaming into France. Their time in Europe will see them embroiled in danger, from the Battle of the Bulge to the liberation of Buchenwald. Through her friendship with Dorothy, and a love affair with a courageous American fighter pilot named Hans, Irene learns to trust again. Her most fervent hope, which becomes more precarious by the day, is for all three of them to survive the war intact.

Taking as inspiration his mother’s own Red Cross service, Luis Alberto Urrea has delivered an overlooked story of women’s heroism in World War II. With its affecting and uplifting portrait of friendship and valor in harrowing circumstances, Good Night, Irene powerfully demonstrates yet again that Urrea’s “gifts as a storyteller are prodigious” (NPR).

A finalist for the Pulitzer Prize for his landmark work of nonfiction The Devil’s Highway, now in its 30th paperback printing, Luis Alberto Urrea is the author of numerous other works of nonfiction, poetry, and fiction, including the national bestsellers The Hummingbird’s Daughter and The House of Broken Angels, a National Book Critics Circle Award finalist. A recipient of an American Academy of Arts and Letters Award, among many other honors, he lives outside Chicago and teaches at the University of Illinois Chicago.