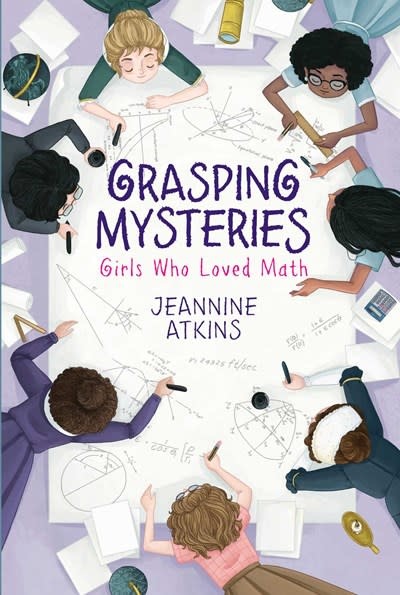 Learn about seven groundbreaking women in math and science in this gorgeously written biographical novel-in-verse, a companion to the “original and memorable” (Booklist, starred review) Finding Wonders: Three Girls Who Changed Science.

After a childhood spent looking up at the stars, Caroline Herschel was the first woman to discover a comet and to earn a salary for scientific research. Florence Nightingale was a trailblazing nurse whose work reformed hospitals and one of the founders of the field of medical statistics. The first female electrical engineer, Hertha Marks Ayrton registered twenty-six patents for her inventions.

Marie Tharp helped create the first map of the entire ocean floor, which helped scientists understand our subaquatic world and suggested how the continents shifted. A mathematical prodigy, Katherine Johnson calculated trajectories and launch windows for many NASA projects including the Apollo 11 mission. Edna Lee Paisano, a citizen of the Nez Perce Nation, was the first Native American to work full time for the Census Bureau, overseeing a large increase in American Indian and Alaskan Native representation. And Vera Rubin studied more than two hundred galaxies and found the first strong evidence for dark matter.

Told in vibrant, evocative poems, this stunning novel celebrates seven remarkable women who used math as their key to explore the mysteries of the universe and grew up to do innovative work that changed the world.

Jeannine Atkins is the author of several books for young readers about courageous women, including Finding Wonders: Three Girls Who Changed Science; Stone Mirrors; and Borrowed Names. Jeannine teaches writing for children and young adults at Simmons University. She lives in western Massachusetts. Visit her at JeannineAtkins.com.