Home » Gregor and the Prophecy of Bane (The Underland Chronicles #2) 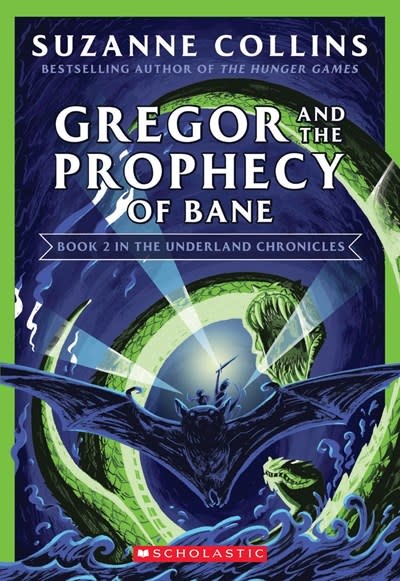 Gregor and the Prophecy of Bane (The Underland Chronicles #2)

The adventure continues in this action-packed second book in The Underland Chronicles by Suzanne Collins, New York Times bestselling author of The Hunger Games!

Months have passed since Gregor first fell into the strange Underland beneath New York City, and he swears he will never go back. But he is destined to be a key player in another prophecy, this one about an ominous white rat called the Bane. The Underlanders know there is only one way to lure Gregor back to their world: by kidnapping his little sister, Boots.Gregor's quest reunites him with his bat, Ares, and the rebellious princess, Luxa. They descend into the dangerous Waterway in search of the Bane, and Gregor knows what is at stake. If he does not fulfill the prophecy, his life, and the Underland, will never be the same.