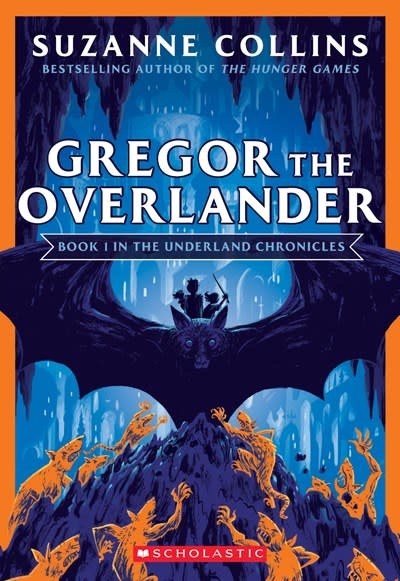 Gregor the Overlander (The Underland Chronicles #1)

This irresistible novel by Suzanne Collins, New York Times bestselling author of The Hunger Games, tells the story of a boy who embarks on a dangerous quest in order to fulfill his destiny -- and find his father -- in a strange world beneath New York City.

When Gregor falls through a grate in the laundry room of his apartment building, he hurtles into the dark Underland, where spiders, rats, cockroaches coexist uneasily with humans. This world is on the brink of war, and Gregor's arrival is no accident. A prophecy foretells that Gregor has a role to play in the Underland's uncertain future. Gregor wants no part of it -- until he realizes it's the only way to solve the mystery of his father's disappearance. Reluctantly, Gregor embarks on a dangerous adventure that will change both him and the Underland forever.This unforgettable novel by Suzanne Collins, the international bestselling author of the Hunger Games series, is rich in suspense and brimming with adventure.