Home » Grounded for All Eternity 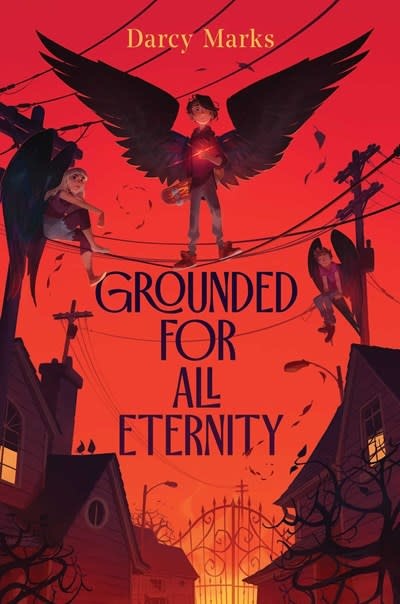 Grounded for All Eternity

A group of kids from hell come to Earth on one of the craziest nights of the year—Halloween—in this snarky, witty middle grade adventure about teamwork, friendship, shattering expectations, and understanding the world (or otherworld) around us.

Mal and his friends are just your regular average kids from hell. The suburbs that is, not the fiery pit part. But when Hell’s Bells ring out—signaling that a soul has escaped from one of the eternal circles, Mal and his friends can’t help but take the opportunity for a little adventure.

Before they know it, they’ve somehow slipped through the veil and found themselves in the middle of Salem, Massachusetts, on Halloween night. And what’s even worse, they’ve managed to bring the escaped soul with them! As the essence of one of history’s greatest manipulators gains power by shifting the balance on Earth, Mal and his squad-mates—along with some new friends that they meet along the way—work desperately to trap the escapee, save the people of Earth from the forces of evil, and find the portal back to their own dimension.

If they can’t manage it before their parents realize they’re gone, they’ll be grounded for an eternity. And an eternity in hell is a very, very long time.

Darcy Marks is a 2nd Degree Black Belt in Kempo-JuJitsu, as well as a Black Belt in Arnis, the Filipino art of stick-fighting. She teaches women’s self-defense and works as a forensic toxicologist. Darcy is a mother of three is and an avid fangirl living in northern Vermont. Visit her online at DarcyMarks.com.