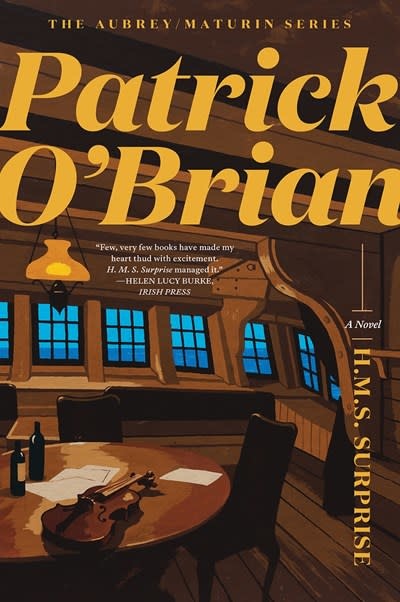 In H.M.S. Surprise, British naval officer Jack Aubrey and surgeon Stephen Maturin face near-death and tumultuous romance in the distant waters ploughed by the ships of the East India Company. Tasked with ferrying a British ambassador to the Sultan of Kampong, they find themselves on a prolonged voyage aboard a Royal Navy frigate en route to the Malay Peninsula. In this new sphere, Aubrey is on the defensive, pitting wits and seamanship against an enemy who enjoys overwhelming local superiority. But somewhere in the Indian Ocean lies the prize that could secure him a marriage to his beloved Sophie and make him rich beyond his wildest dreams: the ships sent by Napoleon to attack the China Fleet.

One of our greatest contemporary novelists, Patrick O'Brian is the author of the twenty volumes of the best-selling Aubrey/Maturin series, as well as many other books, including Testimonies, The Golden Ocean, The Unknown Shore, and biographies of Joseph Banks and Picasso.