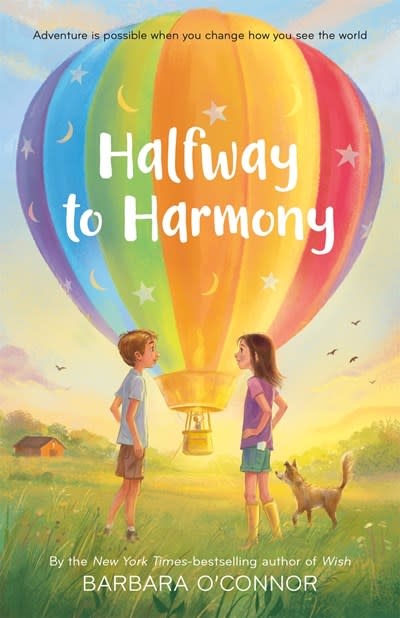 A heartfelt middle-grade from New York Times–bestselling author Barbara O’Connor about a young boy who goes on an adventure after the loss of his older brother—timeless, classic, and whimsical.

Walter Tipple is looking for adventure. His big brother, Tank, always used to say, "Let's you and me go see the world, Little Man"—but Tank went to the army and never came home, and Walter doesn't know how to see the world without him. But then he meets the brash, brave new girl next door named Posey, as well as an eccentric man named Banjo who's off on a bodacious adventure of his own. What follows is a summer of mishaps, mayhem, strange quests, and strong friendships—and maybe, Walter can learn who he's supposed to be without the brother he always wanted to be like. This is a wild, adventurous, and utterly heartfelt story from the acclaimed and bestselling author Barbara O'Connor.

Barbara O'Connor was born and raised in Greenville, South Carolina. She has written many award-winning books for children, including Wonderland, Wish, How to Steal a Dog and The Fantastic Secret of Owen Jester. barbaraoconnor.com