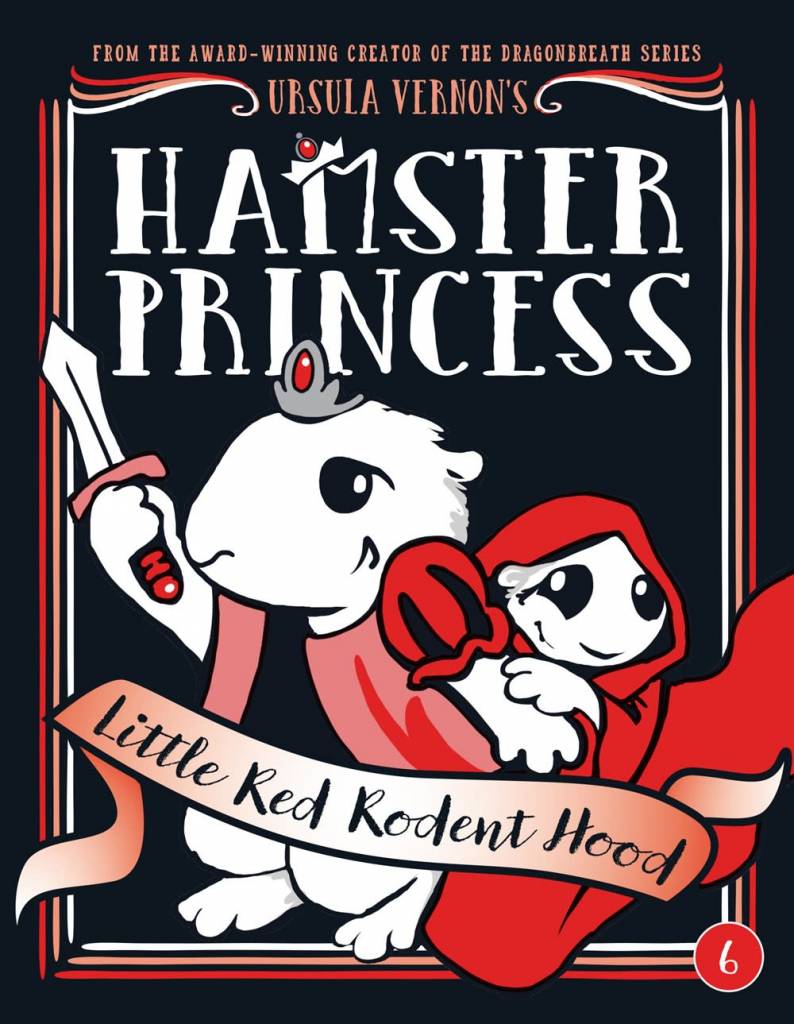 It’s Little Red Riding Hood as you’ve never seen her before in this funny, feminist spin on the fairy tale, from award-winning author Ursula Vernon

Most monsters know better than to mess with Princess Harriet Hamsterbone. She’s a fearsome warrior, an accomplished jouster, and is so convincing that she once converted a beastly Ogrecat to vegetarianism. So why would a pack of weasel-wolf monsters come to her for help? Well, there’s something downright spooky going on in the forest where they live, and it all centers around a mysterious girl in a red cape. No one knows better than Harriet that little girls aren’t always sweet. Luckily there’s no problem too big or bad for this princess to solve.

In this sixth installment of her whip-smart Hamster Princess series, Ursula Vernon once again upends fairy tale tropes and subverts gender stereotypes to brilliant effect. This is a “Once Upon a Time” like you’ve never seen before.

Series Overview: Harriet Hamsterbone is not your typical princess—she loves cliff-diving, fighting Ogrecats, and fractions! Perfect for fans of Land of Stories and Dragonbreath, this graphic-hybrid series is brimming with sass, smarts, and Ursula Vernon’s trademark humor.