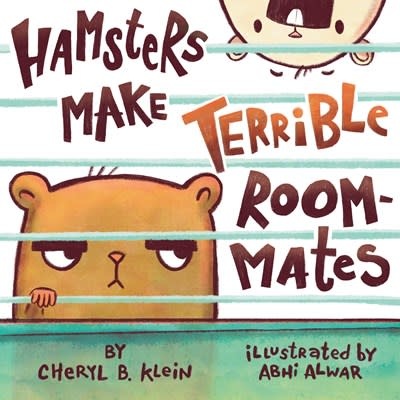 Two hamster roommates with wildly different personalities crammed in one cage—what could go wrong in this hilarious story about introverts versus extroverts?

Cheryl Klein is the author many picture books, including Wings, illustrated by Tomie DePaola, and the adult nonfiction book The Magic Words: Writing Great Books for Children and Young Adults, which received two starred reviews. She lives in Brooklyn, New York.

Abhi Alwar is an illustrator and designer from Chicago who currently lives in NYC and works in children's publishing. This is her debut picture book.