Home » Agents of H.E.A.R.T. #1 Happily Ever After Rescue Team 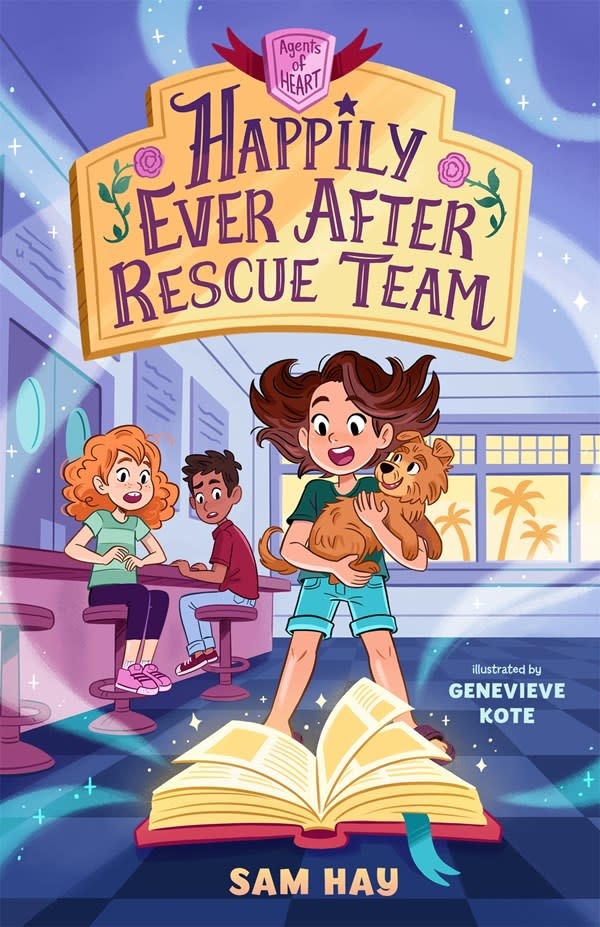 Agents of H.E.A.R.T. #1 Happily Ever After Rescue Team

A young girl’s wish to help out in her family’s seaside café gets out of hand when she accidentally summons a rescue squad of fairytale princesses in this first book of a fun new illustrated chapter book series from Sam Hay, author of Spy Penguins!

All Evie wants is to help out in her parent's new café. But nobody wants a kid—no matter how wonderful of a waitress they are—underfoot. And, despite her knack for super-fantastic desserts, she does have an unfortunate habit of dropping, spilling, and crashing . . .

When her frustrated wish to help accidentally summons a group of fairytale princesses right out of a storybook, Evie finds herself busy fending off their well-meaning attempts to “rescue” her.

…she’s keeping the puppy though.

In the first book of a new series by Spy Penguins author Sam Hay, Evie learns that new friends, a good book, and a lot of heart are all the ingredients she needs for her own happily ever after.

Sam Hay is the author of more than forty books for children including Spy Penguins, the Undead Pets series, Star in the Jar, and the Stella and the Night Sprites series. Raised in Scotland and trained as a journalist in Edinburgh, Sam became a full-time writer when her first baby was born and now lives in Wales with her husband and two children.

Genevieve Kote is a French Canadian illustrator and comic book artist based in Montreal. She loves drawing characters and animals and bringing their adventures to life. In her free time she can be found reading novels, baking or exploring the city and other parts of the world. She shares her studio with her cat Clara and many plants.