Home » Big Nate 01 In a Class by Himself 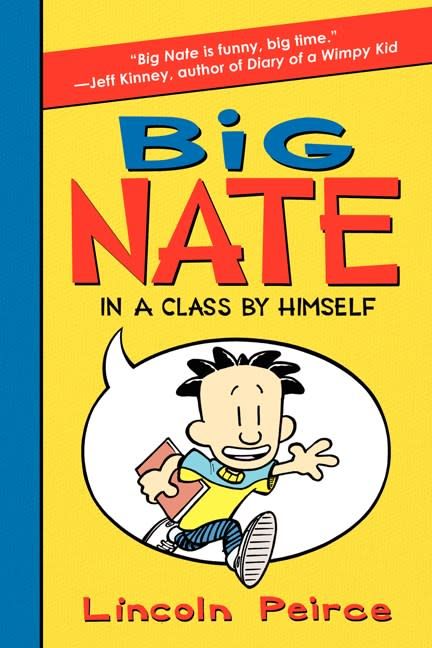 Big Nate 01 In a Class by Himself

The first Big Nate novel in the New York Times bestselling series by Lincoln Peirce, Big Nate: In a Class by Himself is now in paperback! For fans of the popular Diary of a Wimpy Kid series: Get ready to meet Big Nate!

MEET BIG NATE:
How’d you like to be eleven years old, four and a half feet tall, and the all-time record holder for detentions in school history? (118 and counting…!) He’s Nate Wright, sixth-grade Renaissance man, prone to accidental antics. Equipped with only a #2 pencil and the unshakable belief that he’s #1, Big Nate fights a daily battle against overzealous teachers, undercooked cafeteria food, and all-around conventionality.

Big Nate is in a class by himself! But things don’t always go your way just because you’re awesome. Nate barely survives his dad’s toxic oatmeal before rushing off to school—minus his lunch. He body slams the no-nonsense principal. He accidentally insults his least favorite teacher, the horrifying Mrs. Godfrey (aka Godzilla). And school has barely started!

Nate Wright knows he’s meant for big things. REALLY big things. After all, he’s a self-described genius. Trouble always seems to find him, but Nate keeps his cool no matter what. He knows he’s destined for greatness. A fortune cookie told him so.

Packed with hilarious artwork on every page. 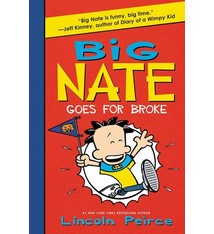