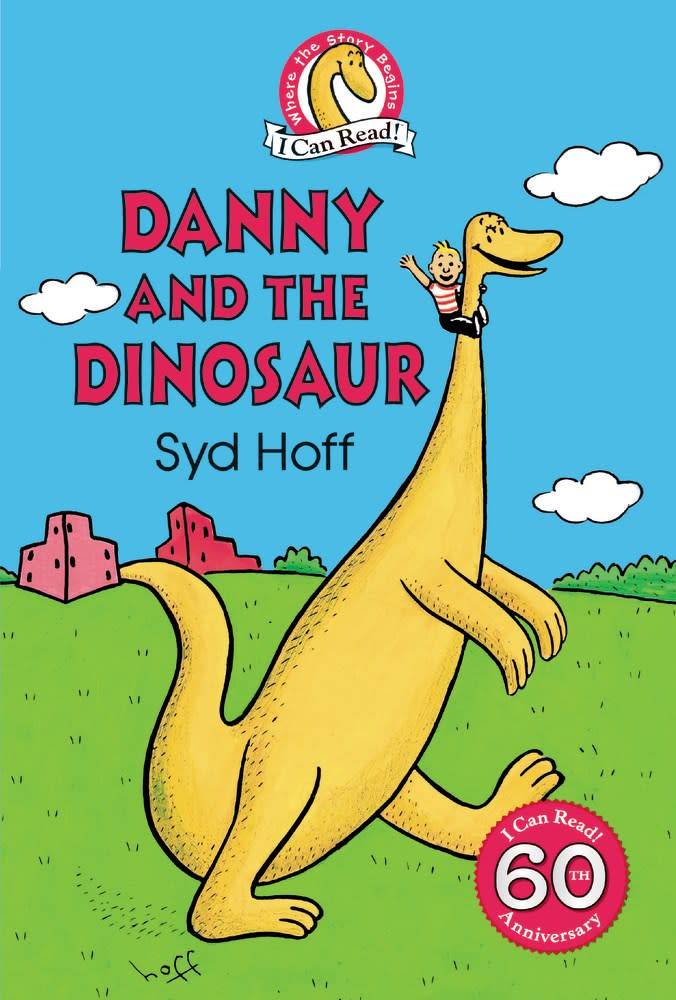 Celebrate the magic of Danny and his new friend, the dinosaur!

Danny and the Dinosaur is now available in a special paper-over-board edition commemorating the sixtieth anniversary of I Can Read books. The Level One I Can Read features a foil cover, an anniversary burst, and eight pages of bonus material on the history of I Can Read.

Danny loves dinosaurs! When he sees one at the museum and says, “It would be nice to play with a dinosaur,” a voice answers, “And I think it would be nice to play with you.” So begins Danny and the Dinosaur’s wonderful adventures together. For Danny and his prehistoric playmate, even the most everyday activities become extraordinary, like finding a big-enough place to hide a dinosaur in a game of hide-and-seek. Kids will delight in Syd Hoff’s charming, funny illustrations as they read about how Danny teaches a very old dinosaur some new tricks.

This brand-new edition of Syd Hoff’s beloved I Can Read title commemorates the 60th Anniversary of I Can Read books. The book features a foil cover, an anniversary burst, and eight pages of bonus material on the history of I Can Read, including an early Danny and the Dinosaur cover sketch.