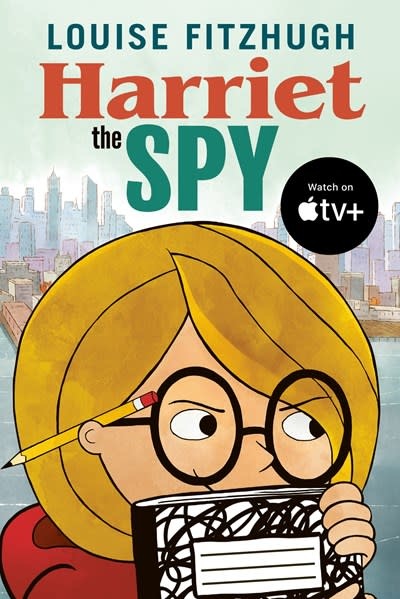 Soon to be an Apple TV+ animated series starring Golden Globe nominee Beanie Feldstein and Emmy Award winner Jane Lynch, it’s no secret that Harriet the Spy is a timeless classic that kids will love!

Harriet M. Welsch is a spy. In her notebook, she writes down everything she knows about everyone, even her classmates and her best friends. Then Harriet loses track of her notebook, and it ends up in the wrong hands. Before she can stop them, her friends have read the always truthful, sometimes awful things she’s written about each of them. Will Harriet find a way to put her life and her friendships back together?

“What the novel showed me as a child is that words have the power to hurt, but they can also heal, and that it’s much better in the long run to use this power for good than for evil.”—New York Times bestselling author Meg Cabot

Series Overview: Our regular trade edition will also feature a sticker that will call out the new animated series.

Louise Fitzhugh (1928–1974) was born in Memphis, Tennessee. She attended Bard College, studied art in Italy and France, and continued her studies in New York at the Art Students League and at Cooper Union. Her books Harriet the Spy, The Long Secret, and Sport have been acclaimed as milestones of children’s literature. These classics delight readers year after year.