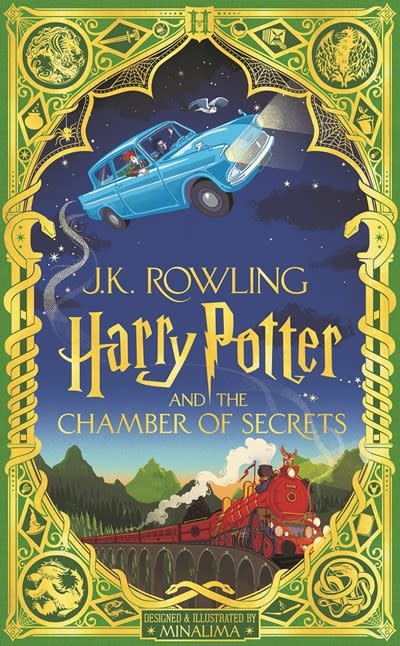 J.K. ROWLING is the author of the seven Harry Potter books, which were first published between 1997 and 2007. The enduringly popular adventures of Harry, Ron, and Hermione have sold over 500 million copies, been translated into over 80 languages, and made into eight blockbuster films. Alongside the Harry Potter series, she also wrote three short companion volumes — Quidditch Through the Ages, Fantastic Beasts and Where to Find Them, and The Tales of Beedle the Bard — which were published in aid of Comic Relief and Lumos. In 2016, J.K. Rowling resumed Harry’s story in a stage play, Harry Potter and the Cursed Child, which she wrote with playwright Jack Thorne and director John Tiffany, and which is now in theaters across the world. In the same year, she wrote the screenplay for the film Fantastic Beasts and Where to Find Them, the first in a series featuring magizoologist Newt Scamander. She is also the author of a stand-alone novel for adults, The Casual Vacancy, and, under the pseudonym Robert Galbraith, writes the Strike detective series. In 2020, J.K. Rowling returned to publishing for younger children with the fairy tale The Ickabog, the royalties from which she is donating to groups affected by the Covid-19 pandemic. She lives in Scotland with her family, and is at her happiest alone in a room, making things up.

MINALIMA is an award-winning graphic design studio founded by Miraphora Mina and Eduardo Lima, best known for establishing the graphic style of the Harry Potter film series. Since founding their London-based studio in 2009, they continue to be involved in the Wizarding World franchise through numerous creative partnerships, from publishing to theme park design. More recently, Miraphora and Eduardo have returned to the Wizarding World as graphic designers of the Fantastic Beasts film series. MinaLima is internationally renowned for telling stories through design. The studio has brought its distinctive, colorful, and interactive style to Harry Potter and the Sorcerer’s Stone as well as their MinaLima Classics series, reimagining a collection of much-loved tales including Peter Pan, The Secret Garden, and Pinocchio.