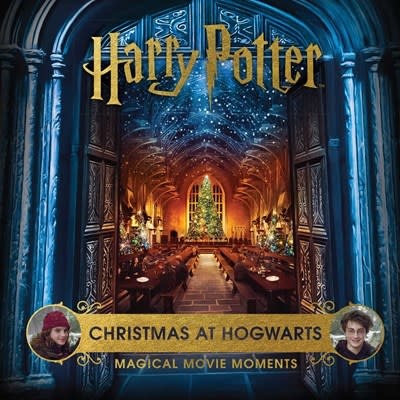 Learn all about the most magical time of the year at Hogwarts Schools of Witchcraft and Wizardry—Christmas!

The snowy Great Hall festooned with Christmas trees, the elaborate Yule Ball, Mrs. Weasley’s holiday sweaters—Christmas at Hogwarts is filled with magic and wonder. This book takes readers on a tour of Christmas in the Wizarding World, as seen in the Harry Potter films. With detailed profiles on everything from Harry’s Invisibility Cloak—received as a gift during his first Hogwarts Christmas—to Hogsmeade, these pages includes concept illustrations, behind-the-scenes photographs, and fascinating reflections from actors and filmmakers. This collectible volume also comes filled with removable artifacts, such as posters, stickers, and other extraordinary items.