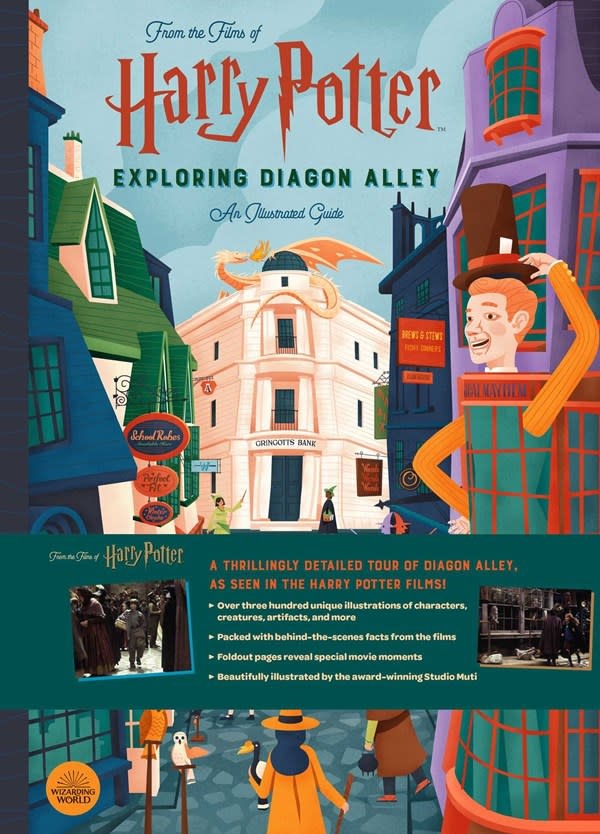 A thrillingly detailed tour of Diagon Alley, as seen in the Harry Potter films!

Explore Diagon Alley in gorgeous and intricate full-color illustrations. From the stacked shelves of Ollivanders and Weasleys' Wizard Wheezes to the vaults of Gringotts and beyond, journey through fan-favorite locations seen in the Harry Potter films. In immersive drawings of the magical street, you'll spot iconic scenes, beloved witches and wizards, enchanted artifacts, and more. Along the way, you'll be treated to fascinating facts about the movie magic that brought Harry Potter to life on the big screen.

Scott Campbell, sometimes known as Scott C., is the creator of the GREAT SHOWDOWNS online series and Double Fine Action Comics. He was art director and concept artist at Double Fine Productions on such games as Psychonauts, Brutal Legend, and Broken Age. His illustrated picture books include Zombie in Love, Zombie in Love 2 + 1, East Dragon West Dragon, XO, OX: A Love Story, Bob Dylan’s If Dogs Run Free and Hug Machine, in which he has written the words as well as created the pictures. Scott lives in New York City.