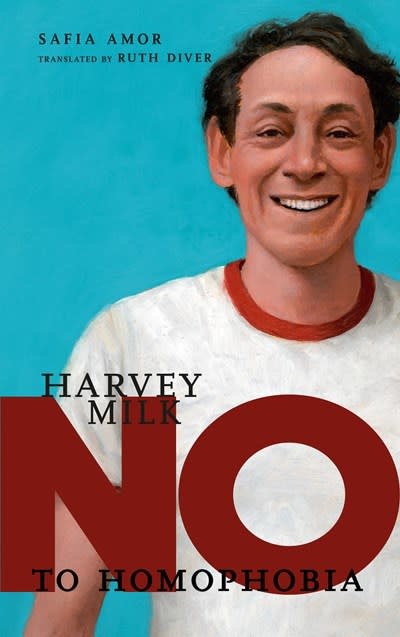 One of the greatest fighters for gay rights, here is the incredible story of Harvey Milk.

Called ""the most famous and most significantly open LGBT official ever elected in the United States," Harvey Milk fought against discrimination on the basis of sexual orientation. In the 1970s when Harvey is elected into office in San Francisco, homosexual relations are still against the law in the United States, and homophobia is being stoked by outspoken conservatives and the religious right. Just ten months after being elected, Milk and San Francisco Mayor George Moscone are assassinated by a homophobic former colleague. The killer finds sympathy from his jurors and gets a light sentence. Milk's death becomes a metaphor for the experience of gays in America and his legend as a fighter for gay rights is cemented.

Series Overview: THEY SAID NO SERIES.

There have always been people who said NO to what they considered unjust and unfair. They Said No is an historical fiction series for younger readers of protestors, activists, poets, revolutionaries and other brave changemakers from around the world that emphasizes the importance of standing up for what you know is right.

SAFIA AMOR is a journalist specializing in education and family. She is the author of French guides for children, Petits secrets des grands monuments de Paris, and for adults, À chacun son café et Paris Chocolat, and others. As a journalist specializing in education, Safia often encountered intolerance towards LGBTQ+ people, and swore to fight against it. Now she has with a book about anti-gay activist Harvey Milk, her first to be published in English. Safia lives in France. RUTH DIVER has translated works by several of France's leading contemporary novelists, including The Little Girl on the Ice Floe by Adélaïde Bon, The Revolt by Clara Dupont-Monod, and Arcadia by Emmanuelle Bayamack-Tam. Her translation of Maraudes by Sophie Pujas won the 2016 Asymptote Close Approximations Fiction Prize.