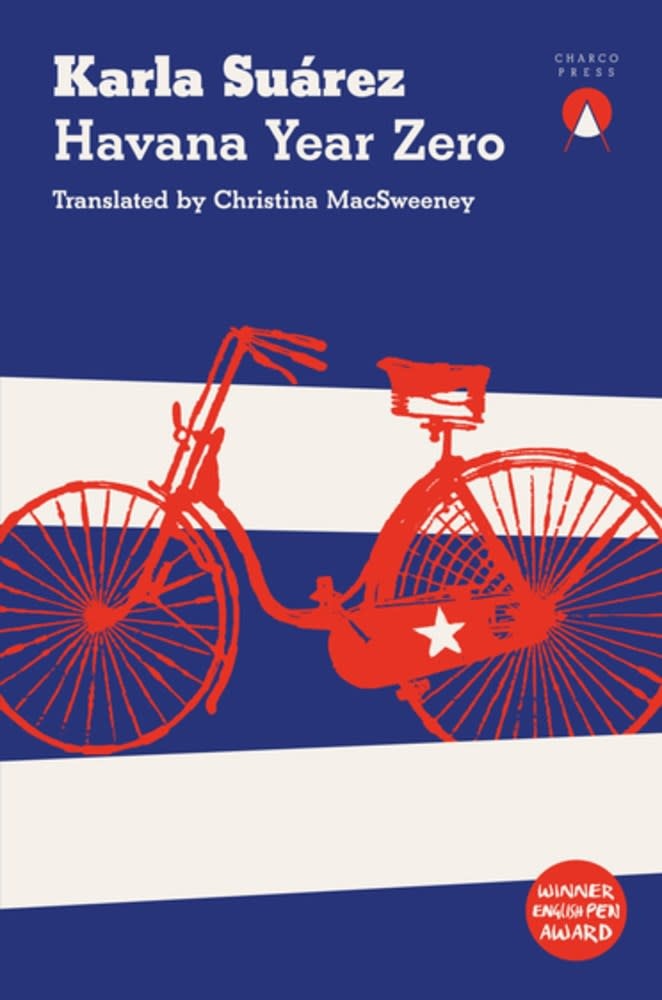 It was as if we’d reached the minimum critical point of a mathematical curve. Imagine a parabola. Zero point down, at the bottom of an abyss. That’s how low we sank.The year is 1993. Cuba is at the height of the Special Period, a widespread economic crisis following the collapse of the Soviet bloc.For Julia, a mathematics lecturer who hates teaching, this is Year Zero: the lowest possible point. But a way out appears: the search for a missing document that will prove the telephone was invented in Havana, secure her reputation, and give Cuba a purpose once more. What begins as an investigation into scientific history becomes a tangle of sex, friendship, family legacies, and the intricacies of how people find ways to survive in a country at its lowest ebb.

Karla Suárez was born in Havana in 1969. After publishing her first short stories book, Espuma (Foam) in 1999 she was awarded with the Lengua de Trapo prize for her novel Silencios (Silences) translated into several languages. After publishing another collection of short stories, Carroza para actores, she published her second novel in 2005, La viajera, and in 2007 she was selected by Hay Festival to be part of the Bogotá 39. Havana Year Zero (originally published in 2011) is her third novel, which obtained in France the prize Carbet de la Caraïbe et du Tout-Monde and the Grand Prize of the Insular Book. Her most recent novel is called El hijo del héroe (The Hero's Son). In 2019, she received the Premio Iberoamericano Julio Cortázar.Christina MacSweeney received the 2016 Valle Inclán prize for her translation of Valeria Luiselli's The Story of My Teeth, and her translation of Daniel Saldaña París' Among Strange Victims was a finalist for the 2017 Best Translated Book Award. Other authors she has translated include: Elvira Navarro (A Working Woman), Verónica Gerber Bicecci (Empty Set; Palabras migrantes/ Migrant Words), and Julián Herbert (Tomb Song; The House of the Pain of Others).