Home » Have I Ever Told You Black Lives Matter 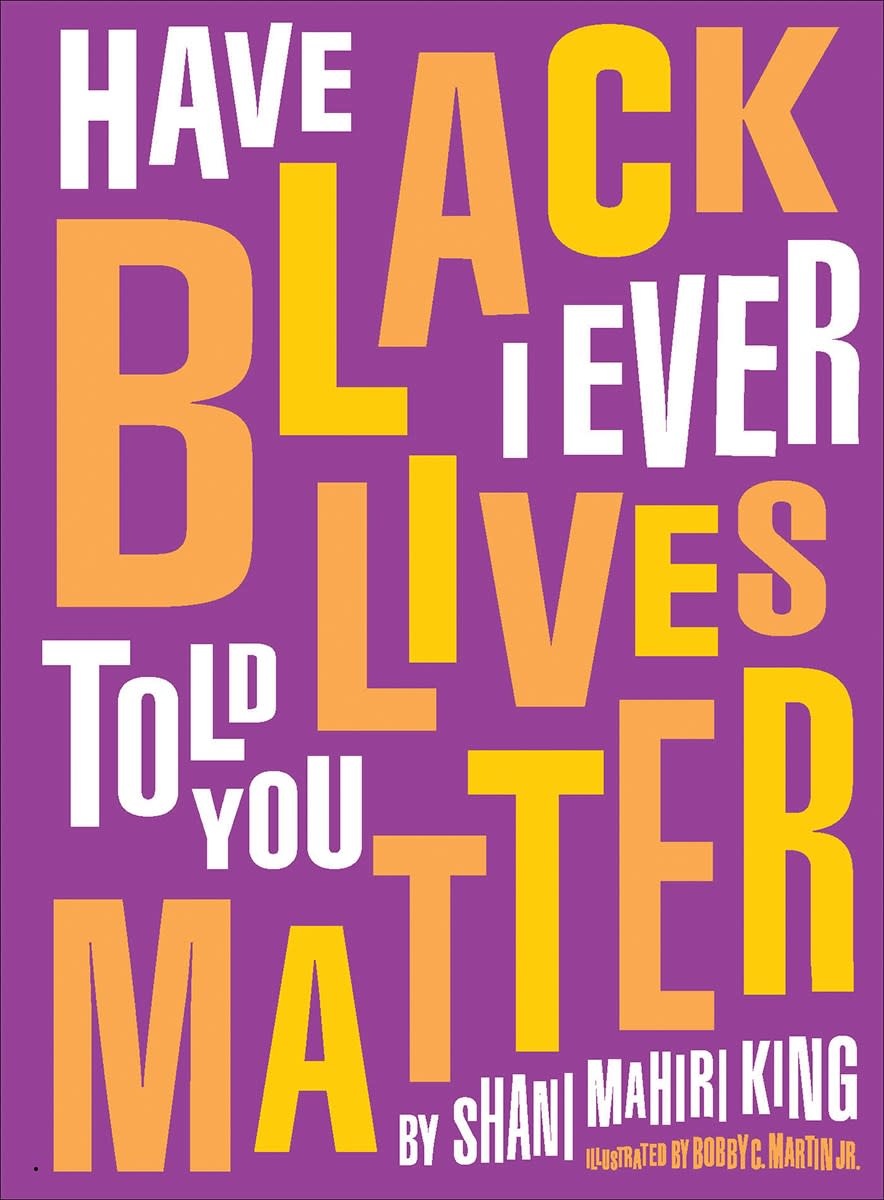 Have I Ever Told You Black Lives Matter

Black lives matter. That message would be self-evident in a just world, but in this world and this America, all children need to hear it again and again, and not just to hear it but to feel and know it.

This book affirms the message repeatedly, tenderly, with cumulative power and shared pride. Celebrating Black accomplishments in music, art, literature, journalism, politics, law, science, medicine, entertainment, and sports, Shani King summons a magnificent historical and contemporary context for honoring the fortitude of Black role models, women and men, who have achieved greatness despite the grinding political and social constraints on Black life. Frederick Douglass, Toni Morrison, Sojourner Truth, John Lewis, Langston Hughes, Louis Armstrong, Maya Angelou, Aretha Franklin, and many more pass through these pages. An America without their struggles, aspirations, and contributions would be a shadow of the country we know. A hundred life sketches augment the narrative, opening a hundred doors to lives and thinking that aren’t included in many history books. James Baldwin’s challenge is here: “We are responsible for the world in which we find ourselves, if only because we are the only sentient force which can change it.” Actress Viola Davis’s words are here, too: “When I was younger, I did not exert my voice because I did not feel worthy of having a voice. I was taught so many things that didn’t include me. Where was I? What were people like me doing?”This book tells children what people like Viola were and are doing, and it assures Black children that they are, indisputably, worthy of having a voice.Have I Ever Told You Black Lives Matter? is a book for this time and always. It is time for all children to live and breathe the certainty that Black lives matter.

Shani Mahiri King (Miami, FL) is a law professor at the University of Florida, where he is director of the Center on Children and Families and an Associate Director of the Center on Race and Race Relations. Shani is the father of a nine-year-old daughter and a six-year-old son, for whom he wrote the picture books Have I Ever Told You? and Have I Ever Told You Black Lives Matter?Bobby C. Martin Jr (Brooklyn, NY) is co-founder of Champions Design, a branding and design agency headquartered in New York City, where he has worked with a wide range of clients including Dartmouth College, For Freedoms, the Girl Scouts, MTV, the NBA, and The Studio Museum in Harlem. In 2019, Champions Design was named one of the 30 Most Important Companies in Design by Fast Company. Bobby has won numerous international awards from the AIGA, Art Directors Club, Communication Arts, D&AD, and the TDC, among others. He is a faculty member at the School of Visual Arts, where he earned an MFA. Bobby's design credits include the June 24,2020 New York Times Sunday magazine cover "What Is Owed" and the February 2020 cover of The Atlantic magazine honoring Martin Luther King Jr.