Home » Have You Eaten? 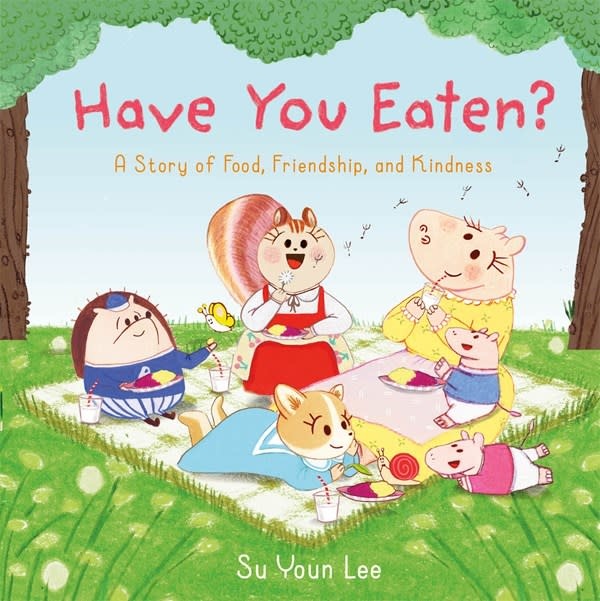 A charming debut picture book inspired by the Korean tradition of sharing food and set in a soft, fresh world of adorable animals.

Coco the chipmunk is known for asking, "Have you eaten?" and sharing sweet potatoes. The other animals find Coco's question odd, but one day she shares her food with some animals who could use a friend. When Coco falls ill, her new friends come to care for her in the same way she taught them—by sharing food.

Inspired by a Korean greeting, this heartwarming story offers a fresh take on friendship and kindness and captures one of the many ways we show love.

Su Youn Lee holds a BFA and MFA from the School of Visual Arts and won the 2016 SCBWI New York Student Illustrator Scholarship. She has had illustrations exhibited in cafes around the New York City metro area and in the New York Affordable Art Fair, for which she’s also served as a curator. Su Youn currently lives in Korea, and returns to the United States occasionally. Have You Eaten? is her debut picture book.