Home » Heart of the Impaler 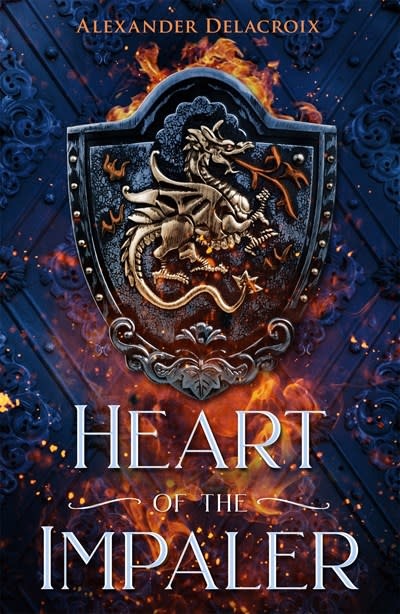 Heart of the Impaler

In this dark historical YA debut, two young men—one scarred and dutiful, the other wickedly magnetic—fall for the same young woman. But is it safe for her to love either of them back?

Vlad Dracula has long lived in the shadows cast by his bloodthirsty father, the voivode, and his older brother, Mircea. Despite their cruelty, Vlad has yearned to prove himself worthy of the throne his whole life. In the cold halls of the voivode's palace, Vlad can only rely on his cousin and closest friend, Andrei Musat.

When Vlad and Andrei meet Ilona Csáki, the daughter of an influential boyar, they each find themselves inextricably drawn to her. But then Ilona is betrothed to Mircea as part of a political alliance, and Vlad's resentfulness of his brother begins to seethe into something far darker.

Ilona has no desire to marry the voivode’s eldest son, but love and marriage are the least of her worries. The royal family’s enemies have already tried to put an arrow through her back—and if anyone discovers her blossoming feelings for her betrothed’s cousin Andrei and younger brother, Vlad, she may just wish they’d succeeded.

Beneath the shadow of impending war, the only battle that will be deadlier than the one for Ilona’s life will be the one for her heart.

Alexander Delacroix earned Masters degrees from Brigham Young University and Western Governors University. As an undergraduate he majored in French, Russian, and German but ultimately became a Language Arts teacher. In his spare time, he enjoys reading and writing. Heart of the Impaler is his debut novel.