Home » Helen Keller: Inspiration to Everyone! 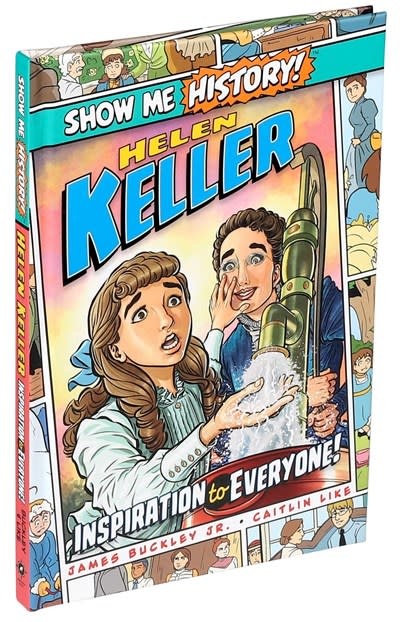 Helen Keller: Inspiration to Everyone!

Helen Keller: Inspiration to Everyone! tells the true story of one of history’s most courageous and determined individuals. After becoming deaf and blind when she was 19 months old, Helen endured a childhood of frustration and confusion before being introduced to Anne Sullivan, who helped Helen develop language and communication skills. From there, Helen became a prolific author, public speaker, and social and political activist who traveled the world as a champion for many causes. Full-color illustrations and historically accurate text make this biography an entertaining, educational, and inspiring read for those who enjoy history and graphic novels.

Caitlin Like is a cartoonist and a member of the comics collective Helioscope Studios in Portland, Oregon. She is a former member of the XOXO Outpost and has worked on comics for Dark Horse and Oni Press, including Stranger Things, Aliens, Ghost, My Boyfriend is a Bear, and Buffy the Vampire Slayer. She has drawn or colored books for indie publishers Thrillbent, Augsburg Fortress, and Cave Pictures Publishing; and she took part in the anthology, Can I Pet Your Werewolf. Her current work includes working as a long-term colorist assistant to Trekker creator Ron Randall and colorist Dan Jackson, and self-publishing indie comics work through Kickstarter and Gumroad.