Home » Her Hidden Genius: A novel 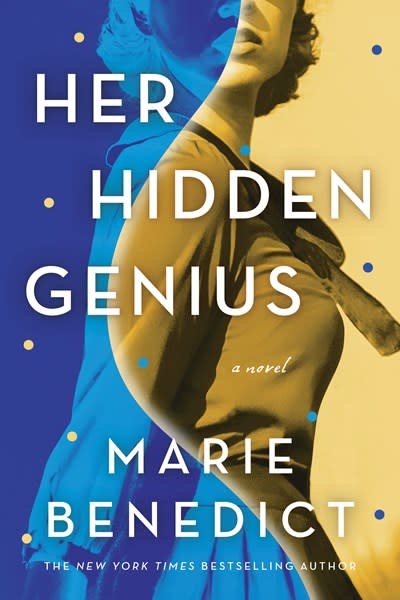 Her Hidden Genius: A novel

Rosalind Franklin knows if she just takes one more X-ray picture—one more after thousands—she can unlock the building blocks of life. Never again will she have to listen to her colleagues complain about her, especially Maurice Wilkins who'd rather conspire about genetics with James Watson and Francis Crick than work alongside her. Then it finally happens—the double helix structure of DNA reveals itself to her with perfect clarity. But what happens next, Rosalind could have never predicted.Marie Benedict's next powerful novel shines a light on a woman who died to discover our very DNA, a woman whose contributions were suppressed by the men around her but whose relentless drive advanced our understanding of humankind.

MARIE BENEDICT is a graduate of Boston College, with a focus in history and art history, and the Boston University School of Law. Marie, author of The Other Einstein, Carnegie's Maid, The Only Woman in the Room, and Lady Clementine, views herself as an archaeologist, telling the untold stories of women. She is a lawyer in Pittsburgh, where she lives with her family.