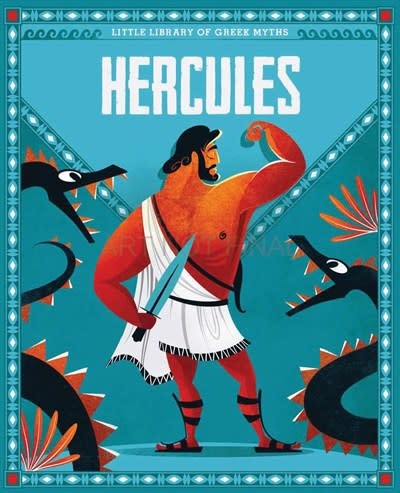 Join epic hero Hercules as he vanquishes his twelve labors. Can you defeat them all?

Adventure into the epic and magical world of Greek myths with this brightly-illustrated introduction to the strongest hero Hercules for young readers. Colorful and easy to read, this retelling of Hercules' heroic feats brings ancient myth to life—with a dash of adventure.

Sonia Elisabetta Corvaglia was born in the province of Lecce, Italy, and currently lives and works in Milan. She teaches high-school literature and collaborates with local libraries as a consultant for projects to promote literacy and reading. She also oversees school programs to encourage inclusivity and to combat bullying and cyberbullying. Corvaglia has authored and ghostwritten numerous novels, children's books, and online articles.Anna Láng is a Hungarian graphic designer and illustrator who is currently living and working in Sardinia. She attended the Hungarian University of Fine Arts in Budapest and graduated as a graphic designer in 2011. She worked for three years with an advertising agency and the National Theatre of Budapest. In 2013, she won the National Graphic Design Biennial, Békéscsaba award for her Shakespeare Poster series. Now she passionately illustrates children's books, including a number of White Star Kids titles.