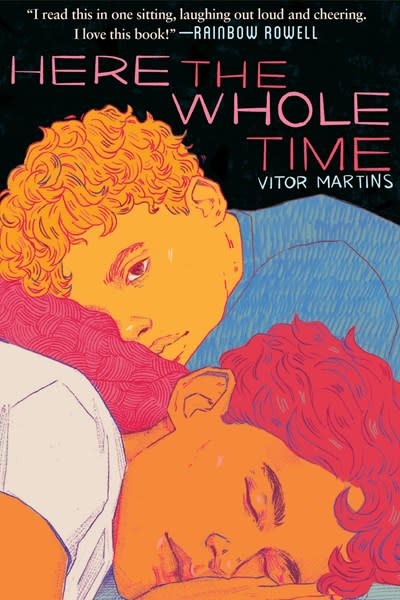 The charm and humor of To All the Boys I've Loved Before meets Dumplin' in this body-positive YA love story between two boys who must spend 15 days living with each other over school break.

"I read this in one sitting, laughing out loud and cheering for Felipe to follow his heart. I love this book!" --Rainbow Rowell, New York Times bestselling author of Carry On and Wayward Son

"Martins perfectly captures the magic of first love and the power of being exactly who you are. Remarkably relatable." --Rachael Lippincott, New York Times bestselling author of Five Feet Apart

Felipe can't wait for winter break: Finally, he'll get some time away from the classmates who tease him incessantly about his weight.

But Felipe's plan turns upside down when he learns that Caio, his neighbor from apartment 57, will be staying with him for fifteen days. Which is a problem because (a) Felipe has had a crush on Caio since, well, forever; and (b) Felipe has a list of body image insecurities and absolutely NO idea how he's going to handle them while sharing a room with his lifelong crush.

Suddenly, the days that once promised rest and relaxation (not to mention some epic Netflix bingeing) are a gauntlet of every unresolved issue in Felipe's life. But if he can overcome his insecurities, then maybe -- just maybe -- this break won't turn out to be such a disaster after all . . .

Vitor Martins received his degree in journalism but works as an illustrator. He published his first YA novel Quinze Dias in June 2017 with Globo Alt in Brazil (to be published as Here the Whole Time in the U.S. in fall 2020).