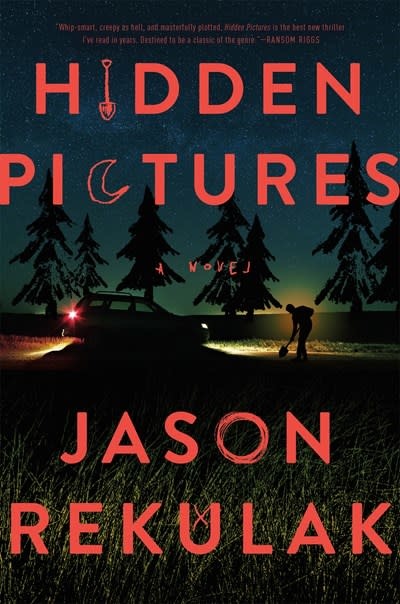 From Jason Rekulak, Edgar-nominated author of The Impossible Fortress, comes a wildly inventive spin on the classic horror story: a creepy and warm-hearted mystery about a woman working as a nanny for a young boy with strange and disturbing secrets

Fresh out of rehab, Mallory Quinn takes a job in the affluent suburb of Spring Brook, New Jersey as a babysitter for Ted and Caroline Maxwell. She is to look after their five-year-old son, Teddy.

Mallory immediately loves this new job. She lives in the Maxwell’s pool house, goes out for nightly runs, and has the stability she craves. And she sincerely bonds with Teddy, a sweet, shy boy who is never without his sketchbook and pencil. His drawings are the usual fare: trees, rabbits, balloons. But one day, he draws something different: a man in a forest, dragging a woman’s lifeless body.

As the days pass, Teddy’s artwork becomes more and more sinister, and his stick figures steadily evolve into more detailed, complex, and lifelike sketches well beyond the ability of any five- year-old. Mallory begins to suspect these are glimpses of an unsolved murder from long ago, perhaps relayed by a supernatural force lingering in the forest behind the Maxwell’s house.

With help from a handsome landscaper and an eccentric neighbor, Mallory sets out to decipher the images and save Teddy—while coming to terms with a tragedy in her own past—before it’s too late.

Jason Rekulak is the author of The Impossible Fortress, which was translated into 12 languages and was nominated for the Edgar Award. For many years, he was the publisher of Quirk Books, an independent press, where he acquired and edited multiple New York Times bestsellers. He lives in Philadelphia with his family.