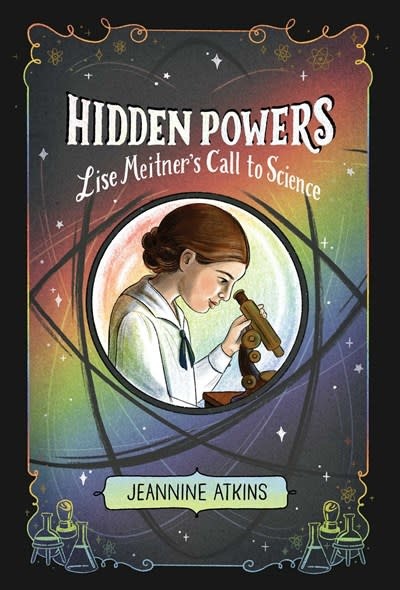 From the acclaimed author of Finding Wonders and Grasping Mysteries comes a gorgeously written biography in verse about the pioneering Jewish woman physicist whose scientific prowess changed the course of World War II.

At the turn of the 20th century, Lise Meitner dreamed of becoming a scientist. In her time, girls were not supposed to want careers, much less ones in science. But Lise was smart—and determined. She earned a PhD in physics, then became the first woman physics professor at the University of Berlin. The work was thrilling, but Nazi Germany was a dangerous place for a Jewish woman. When the risks grew too great, Lise escaped to Sweden, where she continued the experiments that she and her laboratory partner had worked on for years. Her efforts led to the discovery of nuclear fission and altered the course of history.

Only Lise’s partner, a man, received the Nobel Prize for their findings, but this moving and accessible biography shows how Lise’s legacy endures.

Jeannine Atkins is the author of several books for young readers about courageous women, including Finding Wonders: Three Girls Who Changed Science, Grasping Mysteries: Girls Who Loved Math, Stone Mirrors: The Sculpture and Silence of Edmonia Lewis, and Borrowed Names: Poems about Laura Ingalls Wilder, Madam C.J. Walker, Marie Curie, and Their Daughters. Jeannine teaches writing for children and young adults at Simmons University. She lives in western Massachusetts. Visit her at JeannineAtkins.com.