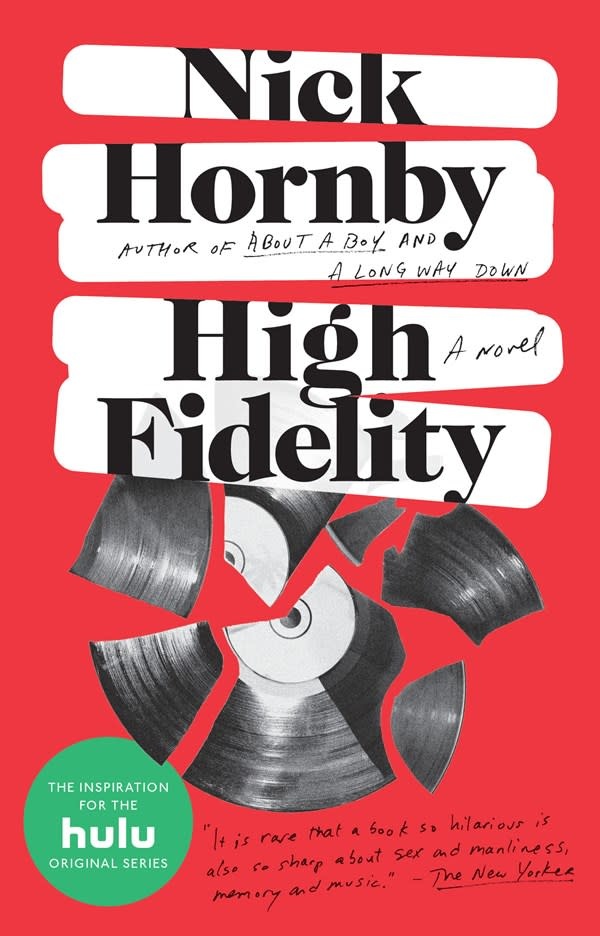 From the bestselling author of Funny Girl, About a Boy, and A Long Way Down, a wise and hilarious novel about love, heartbreak, and rock and roll.

Rob is a pop music junkie who runs his own semi-failing record store. His girlfriend, Laura, has just left him for the guy upstairs, and Rob is both miserable and relieved. After all, could he have spent his life with someone who has a bad record collection? Rob seeks refuge in the company of the offbeat clerks at his store, who endlessly review their top five films; top five Elvis Costello songs; top five episodes of Cheers.

Rob tries dating a singer, but maybe it’s just that he’s always wanted to sleep with someone who has a record contract. Then he sees Laura again. And Rob begins to think that life with kids, marriage, barbecues, and soft rock CDs might not be so bad.

Nick Hornby is the author of seven internationally bestselling novels (Funny Girl, High Fidelity, About a Boy, How to be Good, A Long Way Down, Slam and Juliet, Naked) and several works of non-fiction including Fever Pitch, Songbook and Ten Years In The Tub. He has written screenplay adaptions of Lynn Barber’s An Education, nominated for an Academy Award, Cheryl Strayed’s Wild and Colm Tóibín’s Brooklyn. He lives in London.