Home » Hilda and the Mountain King 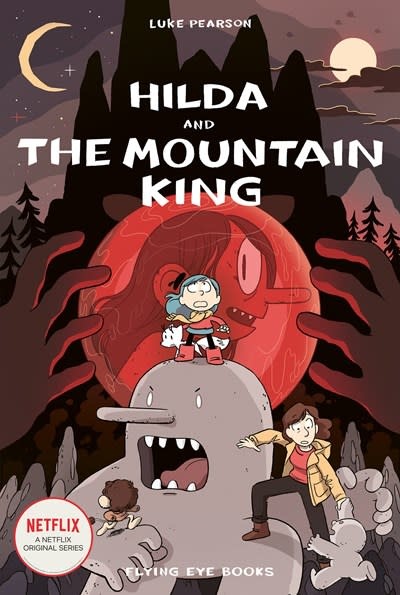 Hilda and the Mountain King

We rejoin our heroine for her latest adventure just as she awakes to find herself…in the body of a troll! Her mum is worried sick, and is perplexed by the strange creature that seems to have taken Hilda’s place. Now, both of them are in a race to be reunited before Ahlberg and his safety patrol get the chance to use their new secret weapon to lay waste to the trolls, and Hilda along with them!

Series Overview: Hilda is a rambunctious young girl who lives in the woods with her mum and her pet deer-fox, Twig, as they go on adventures with trolls and forest spirits, taking inspiration from Scandinavian folklore with a distinctly British flavor.

Luke Pearson has fast become one of the leading talents of the UK comics scene. He was the winner of Young People’s Comic category at the British Comic Award in 2012 and been nominated for the Eisner Award’s Best Publication for Kids and Best Writer/Artist in 2013. He recently worked as a storyboard artist on the cult show Adventure Time. Luke is a frequent contributor to comic anthologies in the UK and lives in Nottingham.