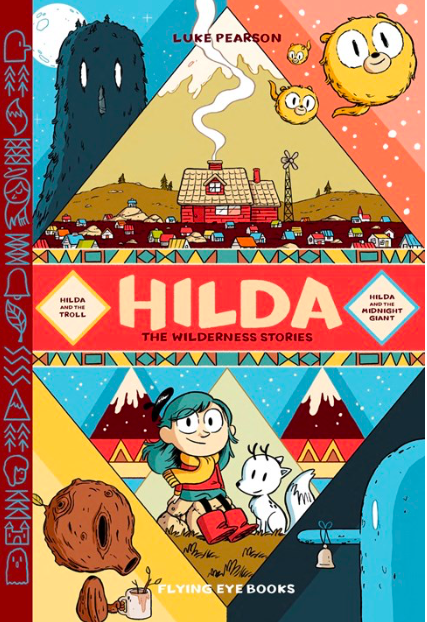 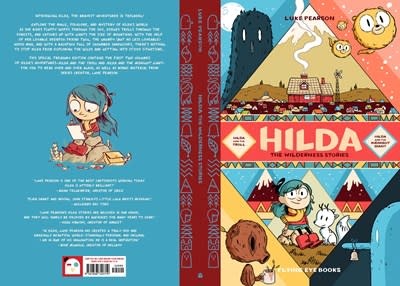 of Hilda’s adventures— Hilda and the Troll and Hilda and the Midnight Giant— for you to read over and over again, as well as bonus material from series creator, Luke Pearson.

Explore the magic, folklore, and mystery of Hilda’s world as she rides fluffy woffs through the sky, dodges trolls through the forests, and catches up with giants the size of mountains. With the help of her lovable deerfox friend Twig, the grumpy (but no less loveable) Wood Man, and with a backpack full of cucumber sandwiches, there’s nothing to stop Hilda from exploring the wilds and getting into sticky situations…

“Luke Pearson is one of the best cartoonists working today. Hilda is utterly brilliant!”

“Luke Pearson’s Hilda stories are beloved in our house, and they will surely be enjoyed by audiences for many years to come.”

“In Hilda, Luke Pearson has created a truly odd and amazingly beautiful world- Stunningly personal and original. I am in awe of his imagination. He is a real inspiration.”

Luke Pearson has fast become one of the leading talents of the UK comics scene. He was the winner of Young People’s

Comic category at the British Comic Award in 2012 and been nominated for the Eisner Award’s Best Publication for Kids and Best Writer/Artist in 2013. He recently worked as a storyboard artist on the cult show Adventure Time. Luke is a frequent contributor to comic anthologies in the UK and lives in Nottingham.