Home » Hip-Hop (And Other Things): A Collection of Questions Asked, Answered, & Illustrated 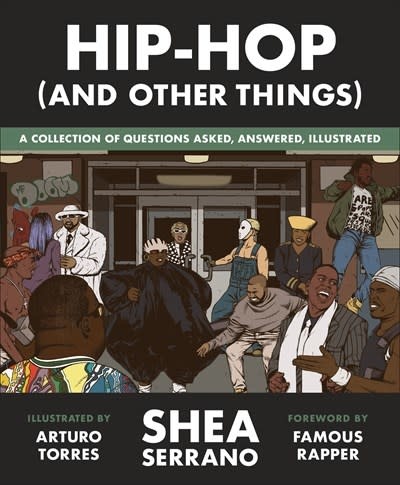 Hip-Hop (And Other Things): A Collection of Questions Asked, Answered, & Illustrated

Shea Serrano'smost recent book, Movies (And Other Things), was, among other things, a #1 New York Times bestseller. His previous book, Basketball (And Other Things) was selected by President Barack Obama as one of his favorite reads of the year. His book before that, The Rap Year Book, was also a New York Times bestseller, and was turned into a documentary that aired on AMC. Currently, he is a staff writer for The Ringer where he hosts The Connect podcast (among other things).