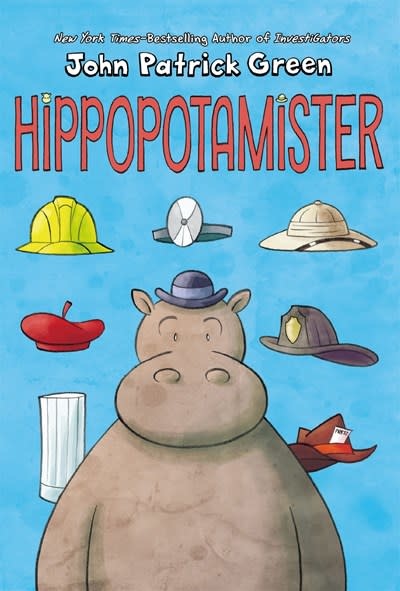 When Hippo left the zoo, he was ready for adventure! But is he ready for his first job?

The zoo isn't what it used to be. It's run-down and falling apart. Hippo hardly ever gets any visitors. So he decides to set off for the outside with his friend Red Panda. To make it in the human world, Hippo will have to become a Hippopotamister: he'll have to act like a human, get a job, and wear a hat as a disguise. He's a good employee, whether he's a construction worker, a hair stylist, or a sous chef. But what he really needs is a job where he can be himself.

John Patrick Green is a human with the human job of making books about animals with human jobs, such as Hippopotamister, Kitten Construction Company, and the New York Times-bestselling InvestiGators. John is definitely not just a bunch of animals wearing a human suit pretending to have a human job. He is also the artist and co-creator of the graphic novel series Teen Boat!, with writer Dave Roman. John lives in Brooklyn in an apartment that doesn't allow animals other than the ones living in his head. johngreenart.com