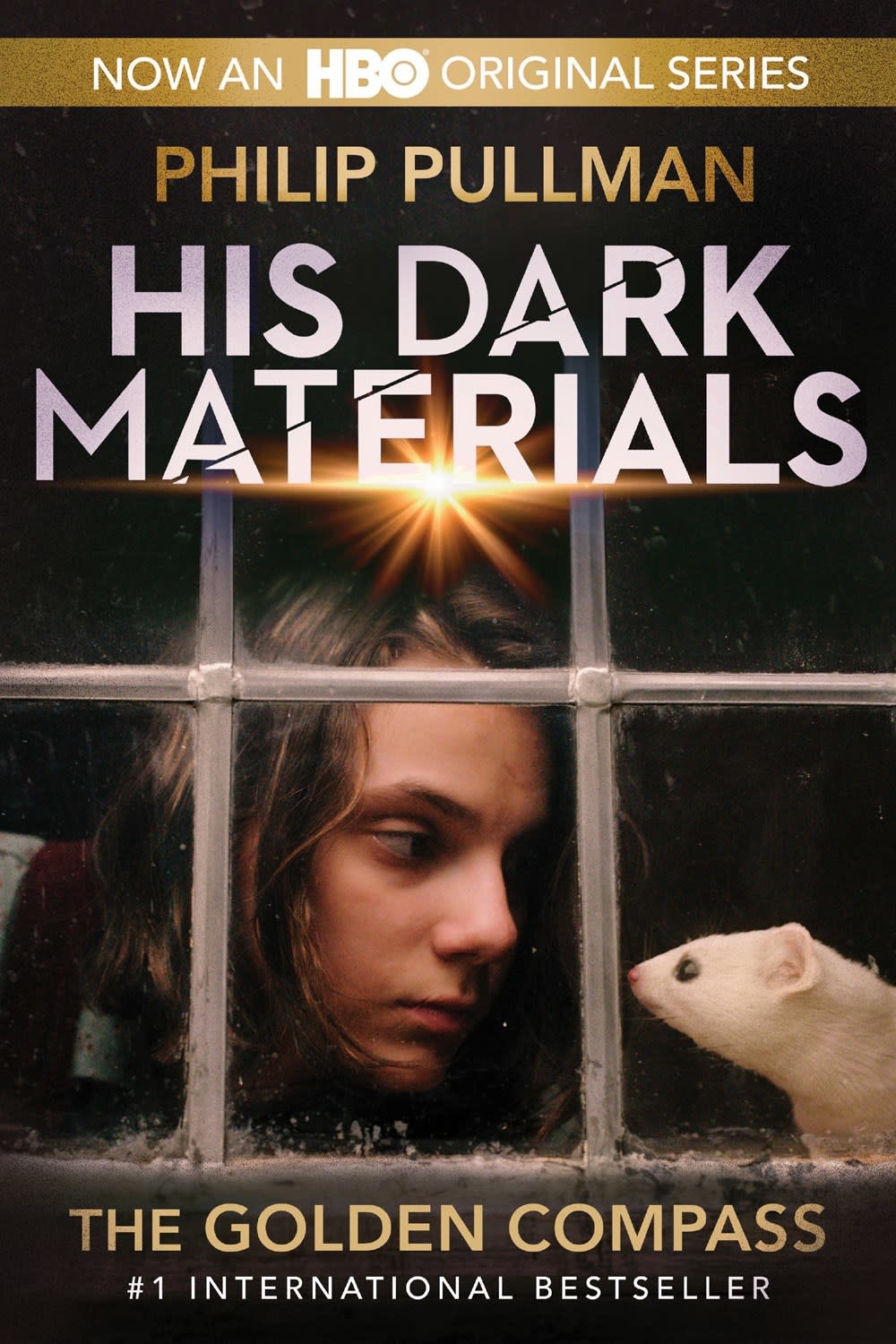 The extraordinary #1 New York Times bestseller hailed as one of the best books of all time, is now the basis for an HBO original series, starring Dafne Keen, Ruth Wilson, James McAvoy, and Lin-Manuel Miranda.

Philip Pullman takes readers to a world where humans have animal familiars and where parallel universes are within reach.

A war is brewing in Lyra’s world—a battle between those who would keep people in ignorance and those who are willing to fight for true freedom. Lyra is thrust into the middle of the conflict when her uncle Asriel comes to Oxford, fomenting rebellion, and when her best friend, Roger, suddenly disappears.

Lyra learns that Roger was kidnapped by a shadowy organization that steals children and, it is rumored, experiments on them. To find him, she will travel to the cold, far North, where armored bears and witch clans rule…and where her uncle Asriel is attempting to build a bridge to a parallel world.

What Lyra doesn’t know, mustn’t know, is that her actions will have consequences not just in her world, but in all the worlds beyond.

A masterwork of storytelling and suspense, Philip Pullman’s award-winning The Golden Compass is the first in the His Dark Materials series, which continues with The Subtle Knife and The Amber Spyglass.

Series Overview: HIS DARK MATERIALS is: The Golden Compass, The Subtle Knife and The Amber Spyglass. Companion books for the series are: Lyra’s Oxford, Once Upon a Time in the North, The Collectors, and The Golden Compass Graphic Novel.

PHILIP PULLMAN is one of the most acclaimed writers working today. He is best known for the His Dark Materials trilogy, which has been named one of the top 100 books of all time by Newsweek and one of the all-time greatest novels by Entertainment Weekly. Pullman was knighted for his services to literature in the 2019 New Years Honours.

The Book of Dust, Pullman’s eagerly anticipated return to the world of His Dark Materials, will also be a book in three parts. It began with La Belle Sauvage and continues with The Secret Commonwealth.

Philip Pullman is the author of many other beloved novels. For younger readers: I Was a Rat!, Count Karlstein, Two Crafty Criminals!, Spring-Heeled Jack, and The Scarecrow and His Servant. For older readers: the Sally Lockhart quartet (The Ruby in the Smoke, The Shadow in the North, The Tiger in the Well, and The Tin Princess), The White Mercedes, and The Broken Bridge. He has written a magnificent collection, Fairy Tales from the Brothers Grimm, and his essays and lectures on writing and storytelling have been gathered in a volume called Dæmon Voices: On Stories and Storytelling.