Home » His Hideous Heart: 13 of Edgar Allan Poe's Most Unsettling Tales Reimagined, Including the Original Tales 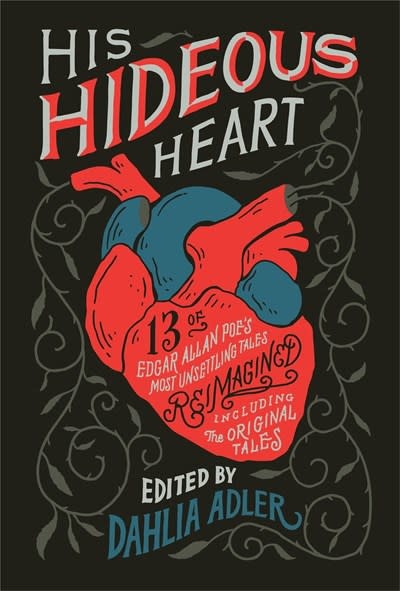 His Hideous Heart: 13 of Edgar Allan Poe's Most Unsettling Tales Reimagined, Including the Original Tales

Edgar Allan Poe may be a hundred and fifty years beyond this world, but the themes of his beloved works have much in common with modern young adult fiction. Whether the stories are familiar to readers or discovered for the first time, readers will revel in both Edgar Allan Poe's classic tales, and in the 13 unique and unforgettable ways that they’ve been brought to life.

Dahlia Adler (editor) is an editor of mathematics by day, a book blogger by night, and an author at every spare moment in between. She is the editor of the anthologies His Hideous Heart and That Way Madness Lies, and the author of of the novel Cool for the Summer. She lives in New York with her family and an obscene number of books.