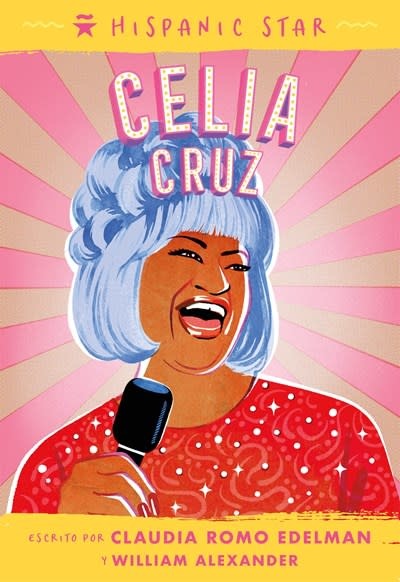 Before she became the reigning Queen of Salsa, Celia Cruz was just a girl from Havana who loved to sing. Her soulful voice, compelling charm, and unstoppable determination resulted in a meteoric rise to fame that opened the door for Latinx performers everywhere. Her booming career led to the rising popularity of salsa, a genre born of Cuban and Afro-Latin musical stylings. Six decades and seventy albums later, her influence still has an undeniable hold on today’s music.

William Alexander is a National Book Award-winning Cuban-American who usually writes unrealisms like Goblin Secrets, Ambassador, and A Properly Unhaunted Place. He teaches in the Writing for Children and Young Adults program at Vermont College of Fine Arts.