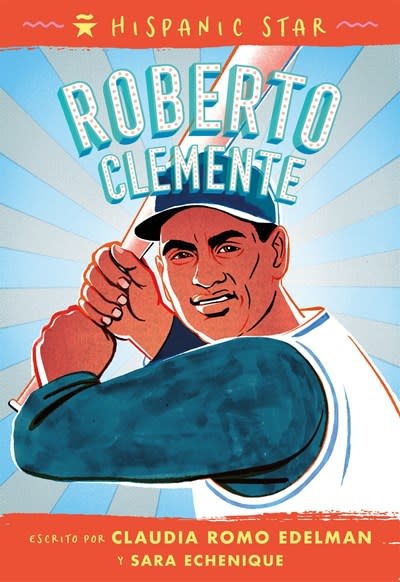 An exciting middle grade nonfiction series for fans of the Who Was and She Persisted chapter books.

Puerto Rican professional baseball right fielder Roberto Clemente played eighteen seasons in Major League Baseball, but his storied career began long before he signed with the Pittsburgh Pirates. The first Caribbean and Latino-American player to be inducted into the National Baseball Hall of Fame, Clemente’s legacy as a two-time World Series champion paved the way for generations of Latinx athletes to live out their biggest dreams.

Sara E. Echenique is a Puerto Rican lawyer and children’s author. She grew up in Puerto Rico and is proud to be passing on her heritage to her two young children. She now lives in Florida with her husband and their children, and their Puerto Rican rescue dog, Luna.