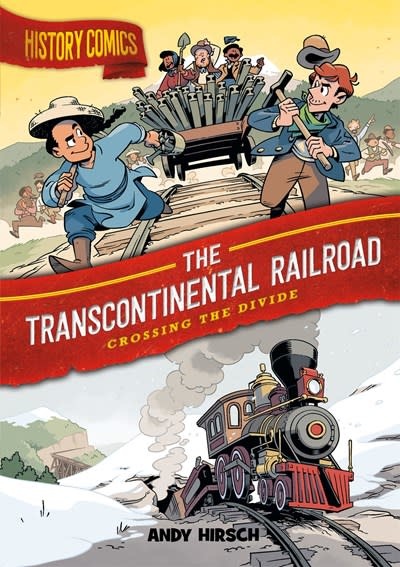 Turn back the clock with History Comics! In this volume, experience the great railroad race. Who will build the longest track and connect the East to the West?

The year is 1863, and America is divided not just by the civil war but by months of travel over thousands of miles. Two railroad companies, one from the East and one from the West, are given the task of connecting the nation by rail. Building this railroad will be a monumental undertaking, difficult and dangerous. The work falls to immigrant laborers from the lowest social and economic classes. They accomplish astounding feats of engineering while waiting for an answer: Will those who connect the country be accepted into it?