Home » History Is All You Left Me (Deluxe Edition) 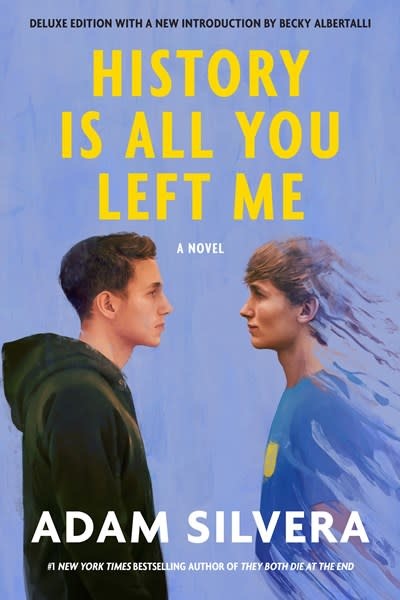 History Is All You Left Me (Deluxe Edition)

From the New York Times bestselling author of More Happy Than Not comes an explosive examination of grief, mental illness, and the devastating consequences of refusing to let go of the past.

When Griffin’s first love and ex-boyfriend, Theo, dies in a drowning accident, his universe implodes. Even though Theo had moved to California for college and started seeing Jackson, Griffin never doubted Theo would come back to him when the time was right. But now, the future he’s been imagining for himself has gone far off course.

To make things worse, the only person who truly understands his heartache is Jackson. But no matter how much they open up to each other, Griffin’s downward spiral continues. He’s losing himself in his obsessive compulsions and destructive choices, and the secrets he’s been keeping are tearing him apart.

If Griffin is ever to rebuild his future, he must first confront his history, every last heartbreaking piece in the puzzle of his life.

Adam Silvera was born and raised in the Bronx. He has worked as a bookseller, as a community manager at a literary development company, and as a reviewer of children’s and young adult novels. His highly acclaimed debut novel, More Happy Than Not, was followed by History Is All You Left Me and the New York Times bestsellers They Both Die at the End and Infinity Son. He lives in Los Angeles and is tall for no reason.