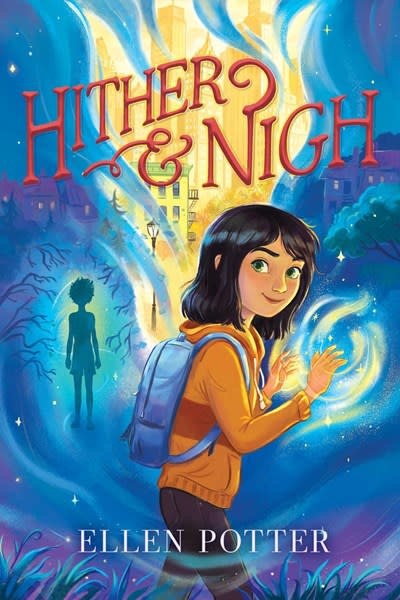 Magic and mystery abound when a young girl discovers a secret, parallel New York City that may help her find her missing brother in this dazzling middle grade fantasy adventure for fans of Thirteen Witches and James Riley.

Could lessons in magic make everything right again?

Nell Batista has been in trouble one too many times. Now she’s down to her last chance—literally. Join the Last Chance Club or be expelled from school. The kids in the club are an odd group, but when their teacher starts giving lessons in magic, things quickly go completely off the weird scale. Nell doesn’t believe in it at first; after all, she’s a smart city kid, and there has been nothing magical in her life since her brother, River, disappeared three years ago.

But this magic is real—and powerful. As their skills grow, Nell and her new friends discover a parallel New York City called the Nigh. It’s a place as delightful as it is scary, sizzling with magical energy, where statues can talk, magicians ride on giant dogs, and monsters roam Central Park. And it is all controlled by the terrifying Minister, who might hold the key to finding Nell’s missing brother. Just how far will Nell go to find him, and who can she trust in a world topsy turvy with enchantment?

Ellen Potter is the author of more than twenty award-winning novels for children and young adults, including Olivia Kidney, Slob, the Big Foot and Little Foot series, the Piper Green and The Fairy Tree series, The Humming Room, Pish Posh, and The Kneebone Boy. Several of her books have been chosen by New York Public Library in their Best 100 Books for Children list and have appeared on numerous State Reading Lists. Her nonfiction writing book, Spilling Ink, A Young Writer’s Handbook, coauthored with Anne Mazer, was also chosen by New York Public Library’s as a Best 100 Books for Children. Ellen lives in upstate New York with her family. For more information about Ellen and her books, visit EllenPotter.com.