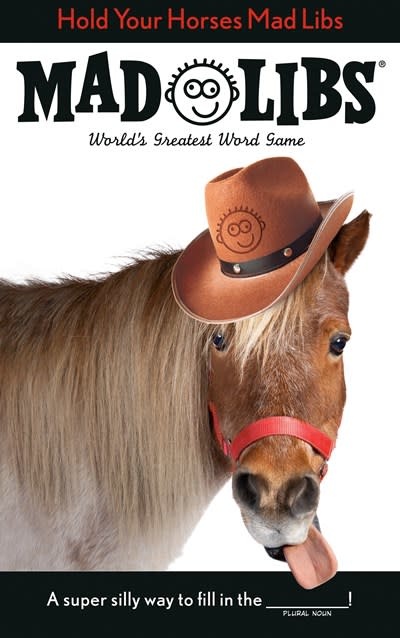 Saddle up and put on your riding ARTICLE OF CLOTHING (PLURAL), because Mad Libs is taking a ride with 21 stories about your favorite animal - horses!

You never have to stop horsin’ around with Hold Your Horses Mad Libs! Featuring 21 hay-larious fill-in-the-blank stories about the best animal around, Mad Libs is ready to pony up on the stories and make you say “Giddy-up!”

In addition to writing several Mad Libs titles (Penguin Random House), Lindsay’s essays and short stories have been featured in XO Jane, Betty Confidential, and the Plains Song Review. She is a Hearst Journalism Award recipient and wrote the screenplay for the sci-fi feature film A Wakefield Project, in which she also co-starred.

Lindsay grew up acting in plays written by her sister, Carrie Seim, and riding horses in the wide open spaces of Nebraska.