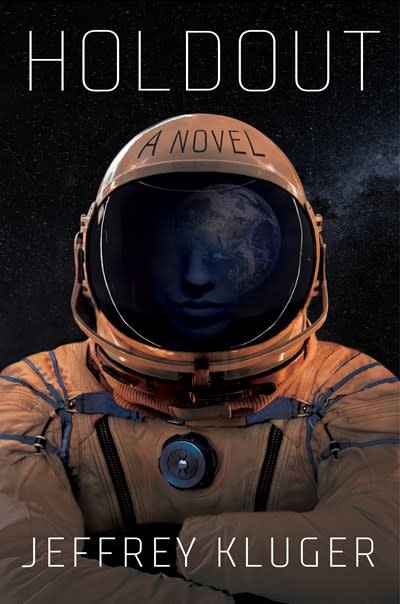 When evil forces are going unchecked on earth, a principled astronaut makes a spilt-second decision to try and seek justice in the only place she knows how to—the international space station.

Walli Beckwith is a model astronaut. She graduated at the top of her class from the naval academy, had a successful career flying fighter jets, and has spent over three hundred days in space. So when she refuses to leave her post at the international space station following an accident that forces her fellow astronauts to evacuate, her American and Russian colleagues are mystified. For Walli, the matter at hand feels all too clear and too terrifying for her to be worried about ruining her career. She is stuck in a race against time to save a part of the world it seems has been forgotten, and also the life of the person she loves the most. Her niece is a health care provider for indigenous people in the Amazon jungle who are being literally burnt out of their homes by paramilitary forces, supported by the Brazilian President who is trying to expand cattle grazing pasturelands into the rainforest. Will the US President have the US military intervene? Walli will go to any means necessary, using the only method she has, to accomplish what she knows is right.

Jeffrey Kluger is Editor at Large for TIME magazine and the author of ten books, including APOLLO 13, APOLLO 8, and two novels for young adults. He has written more than forty cover stories for TIME on topics ranging from space to human behavior to climate to medicine. Along with others at TIME, Kluger won an Emmy nominee for the web series A Year in Space.